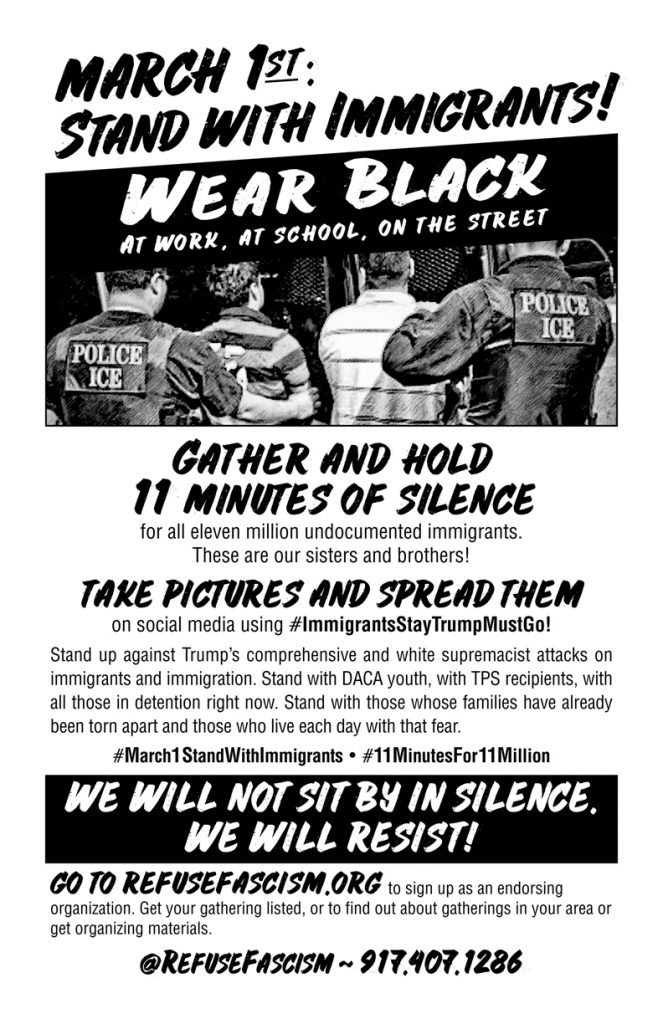 Come to the defense of those first and most viciously under attack and strengthen the movement to drive the fascist Trump/Pence regime from power. Connect with Refuse Fascism chapters and actions here.

1) Read & circulate RefuseFascism.org’s statement widely. This statement gives a sense of the scale & scope of the attacks on immigrants and can  compel many people to take action to stop the attacks. Returning to and studying it will put you in a strong position to lead others.

2) Get the statement to your neighbors, leaders of organizations, artists, clergy, scientists, people of prominence, students groups. Find people who are deeply concerned about the regime’s fascist direction, who could be influencers of other people and connect with them. Enlist them in developing plans.

3) Write to us on how this is going.  Has the response been good, bad, or somewhere in between? Write to [email protected]

4) Join a RefuseFascism.org group near you or start a grouping in your own neighborhood with people of like mind. Discuss the statement & make plans for how to act to stop these attacks.