On Monday, July 23 vicious theocrat/Vice President Mike Pence went to Philadelphia. Refuse Fascism initiated a protest to send the message through word and deed we refuse to accept a fascist America. This nightmare must end! The Trump/Pence Regime Must Go!

The protest broke into mainstream media, both in Philadelphia (print and online), and nationwide. The story was syndicated by the Associated Press and printed – among other places – in the Hollywood Reporter  – a publication with a readership of millions who follow, or are involved in the entertainment industry. 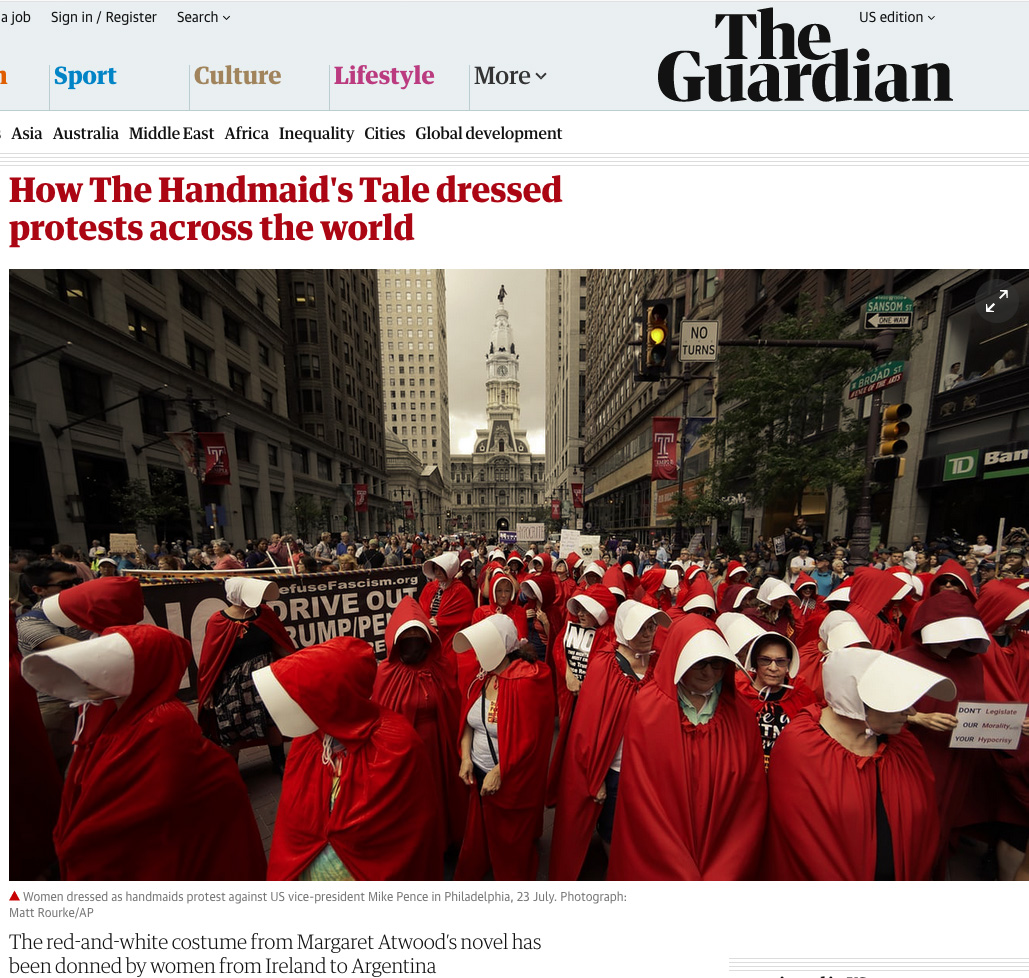 When US vice-president Mike Pence visited Philadelphia on 23 July, he was greeted by a now familiar sight: a wall of women dressed in scarlet cloaks, with oversize white bonnets obscuring their faces.

One of the women who helped organise the demonstration against Pence [in Philadelphia], Samantha Goldman, an activist with the group Refuse Fascism, said the moment the activists took off their costumes was an essential part of the protest.

“A lot of times these protests, as beautiful as they’ve been, they’ve been in the handmaid’s costume the whole time,” Goldman said.

“So there has been this permanent submission, even though people are doing it as an act of protest. We really wanted it to be like throwing the cloaks off of the white supremacy and patriarchy of this regime.” read article…

“Pence is one of the most dangerous reactionary figures in modern history. He is a key figure in ushering in a theocratic society right out of the Handmaid’s Tale.” read article…