On Tuesday, Trump doubled down in his determination to ram through his Fascist Border Wall, part of his fascist program of ethnic cleansing, white supremacy and xenophobia and a potent symbol of ugly American First chauvinism. His speech was a serious escalation in the direction of fascism, where he pledged his determination to continue to shut down the government over the border wall.

And while Trump’s speech was disgusting and outrageous, the response of the Democratic Party was equally putrid; a response of a party with it’s own sordid history of demonization and criminalization of immigrants.

Let’s not forget it was the Democratic Party that had policies since the 1990s that led to thousands of deaths, massive deportations and criminal treatment for millions of immigrants coming north from Mexico and Central America.  On Tuesday night they continued this legacy. They insisted that that don’t disagree with the demonization and criminalization of immigrants, they disagreed with how this criminalization is taking place…

Just listen to what they said…

“The fact is, we all agree we need to secure our borders while honoring our values. We can build the infrastructure and roads at our ports of entry. We can install new technology to scan cars and trucks for drugs coming into our nation. We can hire the personnel we need to facilitate trade and immigration at the border. We can fund more innovation to detect unauthorized crossings.”

“Make no mistake, Democrats and the president both want stronger border security. However, we sharply disagree with the president about the most effective way to do it.”

Hakeem Jeffries, new chair of the House Democratic Caucus, on the bill that the Democrats were putting on the floor January 3: “We’re going to allocate $1.3 billion in additional funding to allow for enhanced technology, cellphone towers, satellites, drones, enhanced fencing, increased communication capability, the things that the experts have said are necessary to improve border security.” 1 (January 2, 2019)

In the words of Hilary Clinton, (who herself supported the coup in Honduras that led to the mass devastation that many are now fleeing): “When someone shows you who they are, believe them.”

The reality is the Democrats are showing you and have repeatedly showed you who they are. It’s time to believe them. They are leading people down a path of accommodation and conciliation with Trump’s fascism and it’s ugly “America First” logic. Too much is at stake to keep the blinders on.

Our interests don’t lie with a border wall OR with a different way of criminalizing & demonizing immigrants (so-called “border security”)!

Our interests like with acting in the name of humanity.

RefuseFascism.org says, “IMMIGRANTS ARE FULL HUMAN BEINGS,  not  ‘illegals’ or criminals, to be demonized, terrorized, hunted down, locked up, and thrown out…No! We will not accept the cruel and brutal future of the Trump/Pence regime.”

We call on everyone of conscience, sickened by Trump’s fascist program to join with us in stopping this nightmare through the only way possible. Not by relying on the Democratic Party but by getting organized and prepared to launch mass sustained political non-violent resistance that drive the Trump/Pence regime out of power and to fight for a world worthy for all human beings. In the Name of Humanity, We Must REFUSE to Accept a Fascist America! 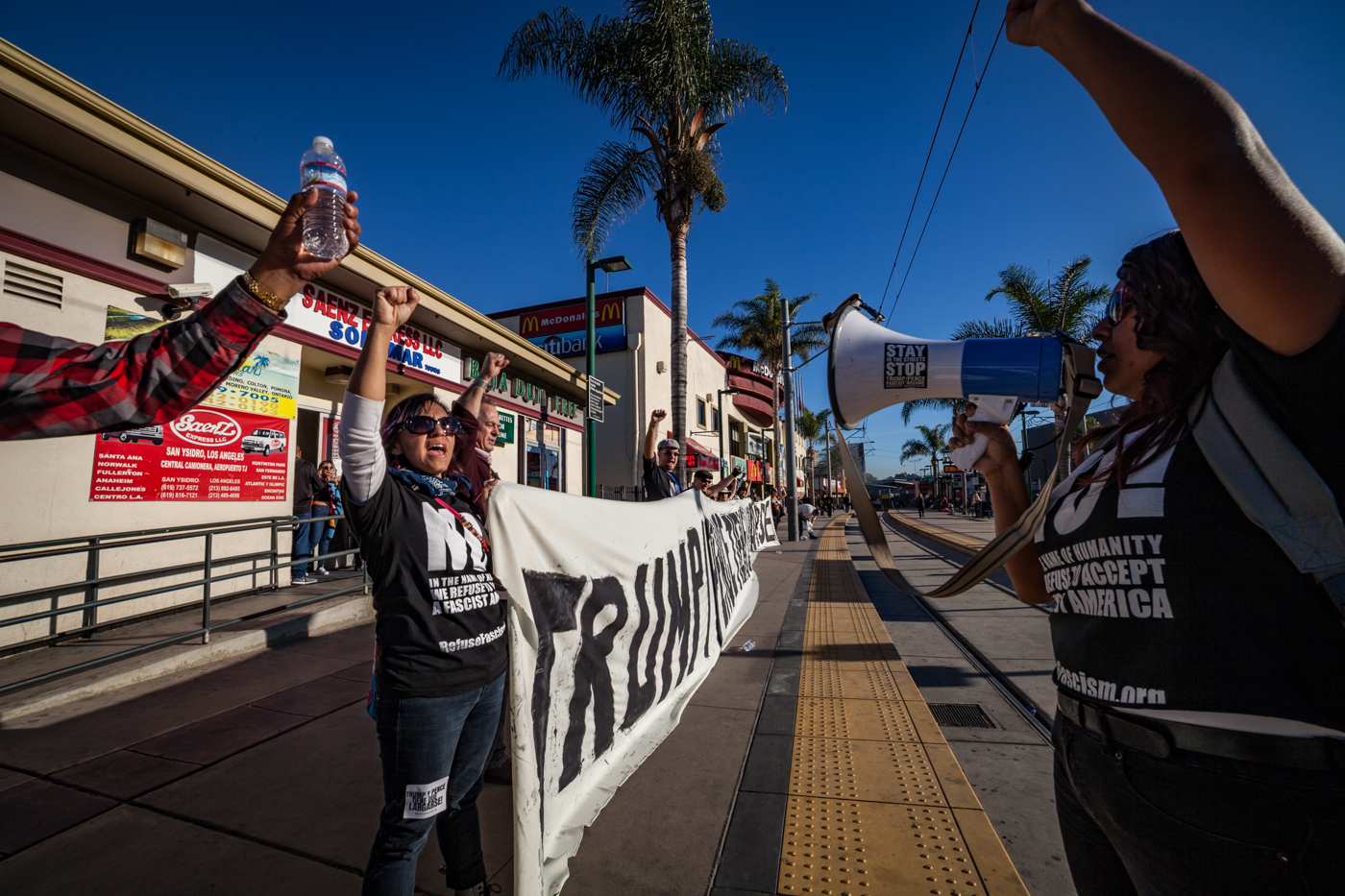 Refuse Fascism is headed back to the U.S/Mexico Border, raising a 25 ft banner to the sky in different languages, and holding a 150 ft banner on the ground which reads: To the World’s Migrants & All of Humanity! We REFUSE to Accept a Fascist America!

> > Donate TODAY & we will write your name on this banner!

On behalf of the RefuseFascism.org National Team,
Emma Kaplan