Trump’s lawyers have contemptuously and belligerently dismissed the evidence against him with lies. Here are some truths on the first couple paragraphs in Trump’s response: 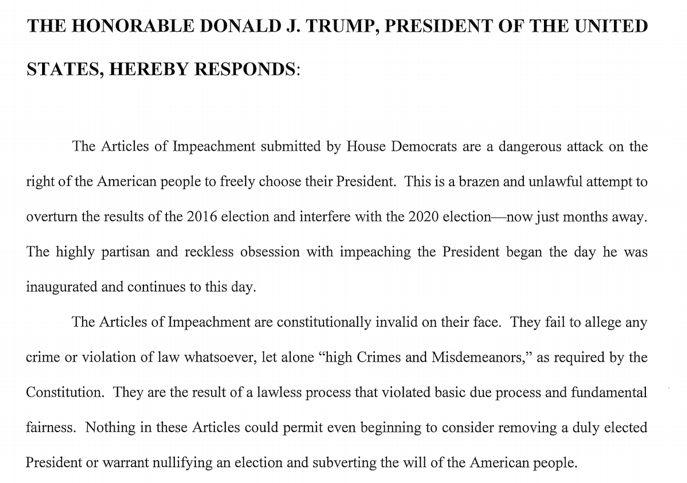 “a dangerous attack on the right of the American people to freely choose their president.”

Actually millions more people voted for Hillary Clinton. But this type of language is dangerously preparing Trump’s fascist base, like the tens of thousands of armed fascist militia types and others who rallied in Virginia,  to refuse to allow Trump’s removal. Note these comments in a New York Times op-ed piece by “Anonymous,” a White House insider:

This impeachment is entirely lawful. Refusing to comply with subpoenas however, & Trump instructing people to do so, is not.

Says the defendant charged with extorting another country to dig up or make up dirt on his main political rival in the 2020 election.

Someone who incited violence at his campaign rallies, called Mexicans “rapists” & said Hillary should be “locked up,” never should’ve been inaugurated

No election, fair or fraudulent, can legitimize fascism. The only reason impeachment is so “partisan,” is because Trump has largely succeeded in hollowing out and transforming the Republican Party into a thoroughly fascist party.

Actually the Government Accountability Office just came out with a report showing the White House violated a law that limits a president’s power to withhold money allocated by Congress. 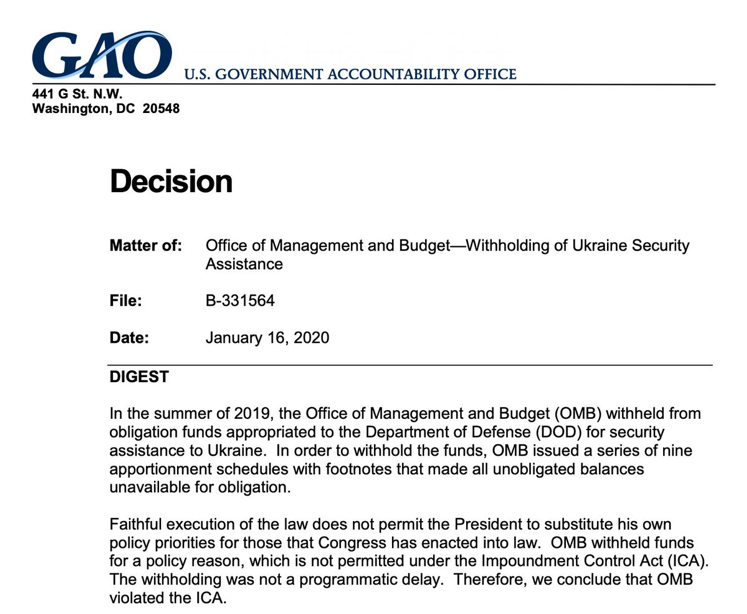 Actually “high Crimes and Misdemeanors” does not refer to specific criminal offenses. It’s a term from prior British law that often referred to abuses of power and violations of the public trust.

“…as required by the Constitution”

Actually, in one of the Federalist Papers, Hamilton described impeachable conduct as “those offenses which proceed from the misconduct of public men, or, in other words, from the abuse or violation of some public trust.”

Don’t let them pull the wool over people’s eyes and cover up Trump’s crimes! NOW is the time to FLOOD D.C. and demand Trump/Pence #OUTNOW! PROTEST Every day this week during the #impeachmenttrial @ 12pm East Side Capitol Building