reposted from #OutNow live from D.C.
Posted by refusefascismoutnow  | January 28, 2020 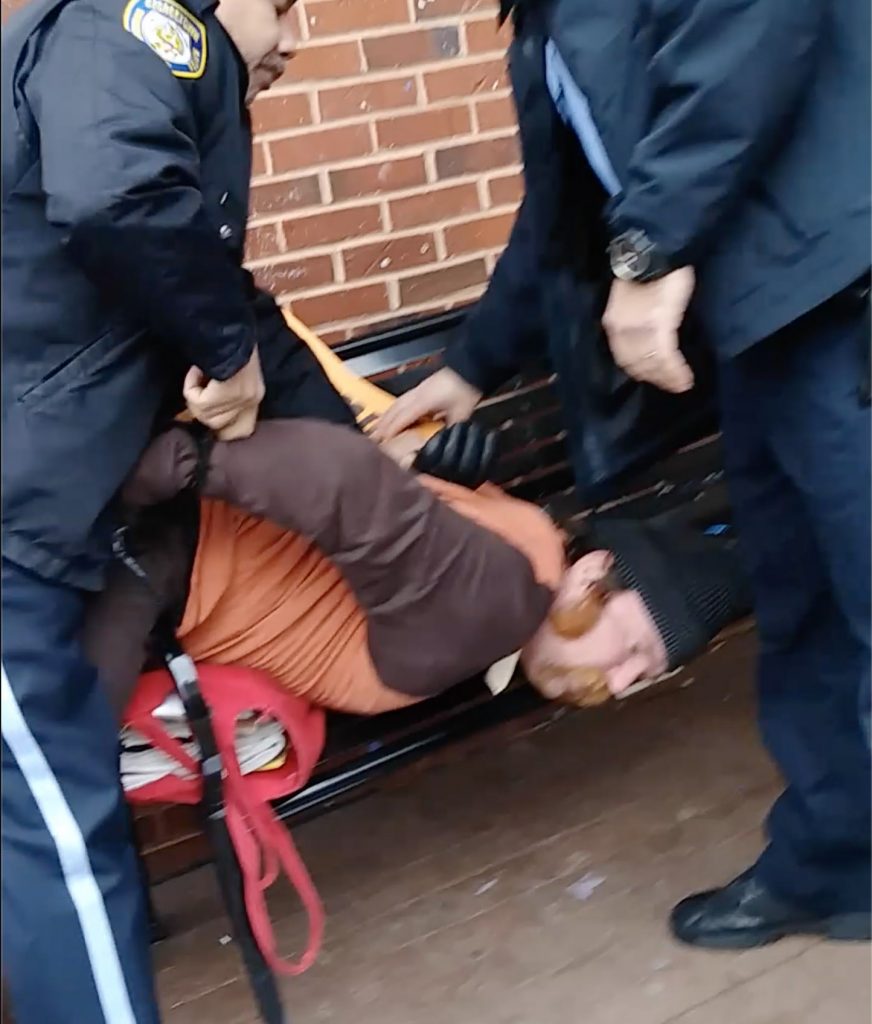 Volunteers with RefuseFascism.org from around the country have been fanning out across the city of D.C., spreading the word about and calling on others to join us in protest outside the U.S. Capitol in protest on Wed, January 29 at 11 am and again at 5pm.

One of our teams went out to Georgetown University to reach students. But, just as they were starting to spread the word, they were stopped by police. They complied with police instruction against mass flyering students, and even moved into the official free speech zone. Out of the blue, they were set upon by police who brutally arrested them.

They were NOT told to leave campus, only not to mass flyer. They complied. They even moved to Red Square free speech zone.

They received NO WARNINGS by police.

4) @Georgetown‘s core mission states it is a “university with a heart” dedicated to “social justice” and “restless inquiry.”

If Trump is acquitted in #shamtrial, a fascist regime will barrel ahead w disastrous stakes for humanity! pic.twitter.com/khaVLeM3EV

8) Right now, Trump is ON TRIAL facing the prospect of removal.

Repubs are trying to ram thru an acquittal — w/o witnesses, key evidence, etc.

EVERYONE who values the rule of law, separation of powers, & humanity’s future must enter this fight in nonviolent protest. pic.twitter.com/uIULhol7j5

What could possibly be a more pressing issue for students to learn about, debate, and take action around than whether a fascist regime — the Trump/Pence regime — is allowed to barrel ahead, violating the separation of powers, eviscerating what are supposed to be democratic and civil rights, terrorizing immigrants, unleashing white supremacy, moving to criminalize abortion, shredding environmental protections, and escalating the moves towards catastrophic wars?

Right now, Trump is on trial! We should ALL stand up and make our voices heard, demanding witnesses be called, demanding all relevant evidence be admitted, and demanding that Trump be convicted and REMOVED FROM POWER ALONG WITH HIS WHOLE CRIMINAL REGIME.

And again at 5pm at: Delaware & NE Drive (on east side of U.S. Capitol)

Follow us on Insta & Twitter to stay connected and find the ways to support those now facing charges: @RefuseFascism.