We’re not just taking a stand here – we’ve got a real shot at winning. Change is coming – whether it’s change for the better or change for the worse depends on what we do now and whether we rise to the occasion to drive this fascist regime from power #DCProtests #TrumpPenceOutNow pic.twitter.com/yu4Xmld7vh

This fascist regime poses a catastrophic danger to the whole world, and the whole world will take heart if we rise to another level of determined resistance. We have begun, but should we fail to see it through, this and every struggle for justice will be set back. If we succeed – and we can succeed – we can begin to force the boots of violent oppressors off the necks of our brothers and sisters. Let us change the course of history, not for ourselves alone but for all humanity.

This nightmare must end. The Trump/Pence regime must go! In the name of humanity, we refuse to accept a fascist America. (Read Refuse Fascism’s entire call to join protests on June 6 and bring to them the demand Trump/Pence #OUTNOW!).

Also, see Justice for George Floyd, Breonna Taylor and Ahmaud Arbery. In the name of humanity, we refuse to accept a fascist America!  Trump and Pence Out Now! 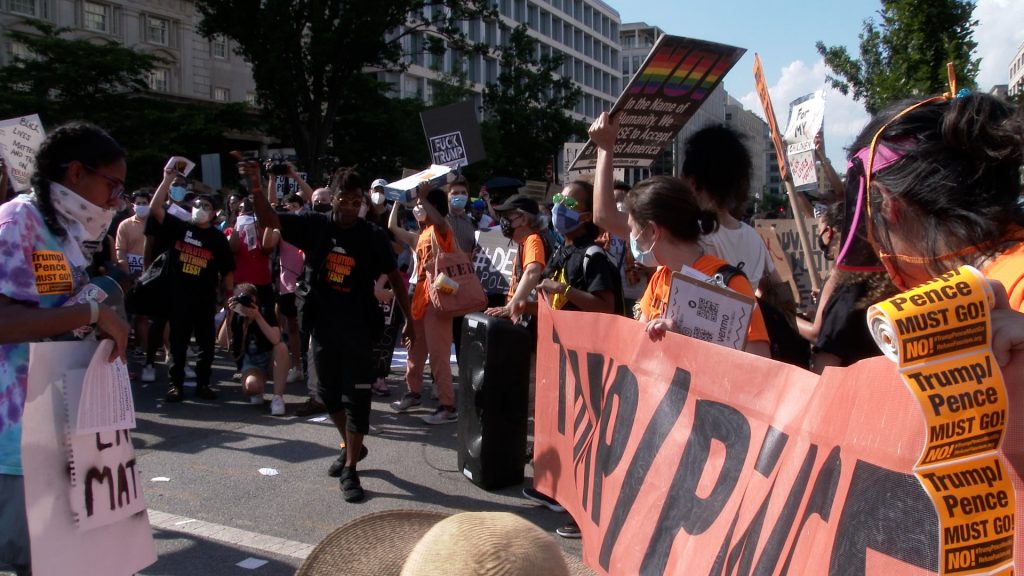 “All last year we saw people, countries all over the world drive out hated regimes. We have rocked the rulers on the heels. Our power is in the streets.” –@SunsaraTaylor pic.twitter.com/iYi8Rz7y5g

People in #StPaul taking a pledge of resistance for George Floyd & for the future of humanity. #BlackLivesMatter pic.twitter.com/aQLeHEou1Z

We are the force that can stop this regime, millions of us in cities and towns across the country demanding TrumpPence Out Now, and every day shows us even more starkly: Trump and his whole regime must go. #TrumpPenceOutNow #VoteTrumpOut https://t.co/Cgjwinvnl3

Watch this all the way to the end. Feel the spirit and determination of the people. In the name of humanity, we refuse to accept a fascist America! #protests2020 https://t.co/FrESsTxLCU

A resounding cry of “FUCK DONALD TRUMP” as people take to the street in Hollywood, CA. #TrumpPenceOutNow @RefuseFascism pic.twitter.com/1fSFkXhbQ8

Taking a knee in #losangeles

George Floyd didn't have to die- he was a victim of white supremacist terror unleashed by the Trump/Pence Fascist Regime.

NO #PoliceBrutality
NO #whitesupremacy
NO Fascist military war on the ppl
Trump/Pence #OutNow https://t.co/y8URUbSwCQ pic.twitter.com/NB9p0j5mfm 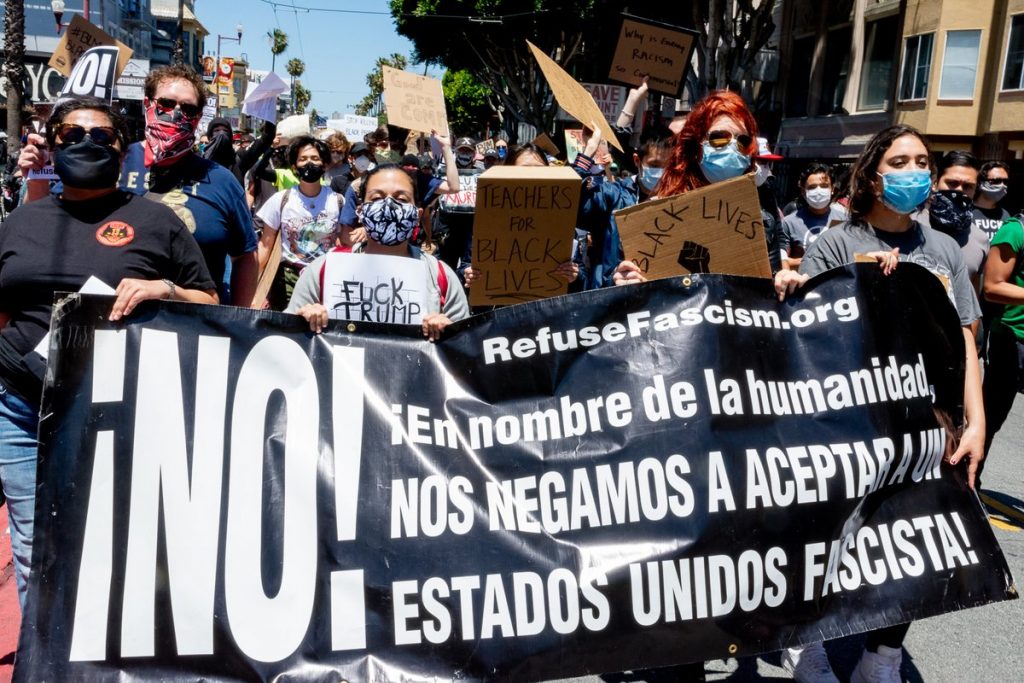 From coverage in the Chicago Defender

Jamel Mims led the chanting. “George Floyd ain’t have to die!” he chanted in a call-and-repeat. “We all know the reason why.”“How long will it be before the Trump regime falls because of you?” he asked the crowd. “It’s going to take each and everyone one of us being out here. That’s where this shit needs to go.”

“We are at a serious crossroads.  Trump is not just speaking the language of fascism, but in calling out the military in D.C. and threatening to do so nationally, Andy Zee, one of the group’s leaders, said.

Zee blamed Trump for encouraging what he called “fascism, white supremacy, xenophobia and patriarchy wrapped in the Bible and the American flag,” said Andy Zee, who insisted that “removing” the president from office on election Day will be “too late.” 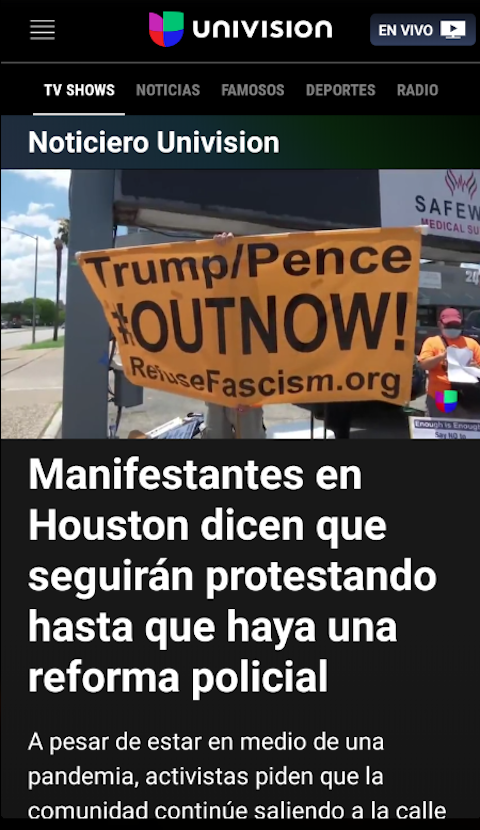 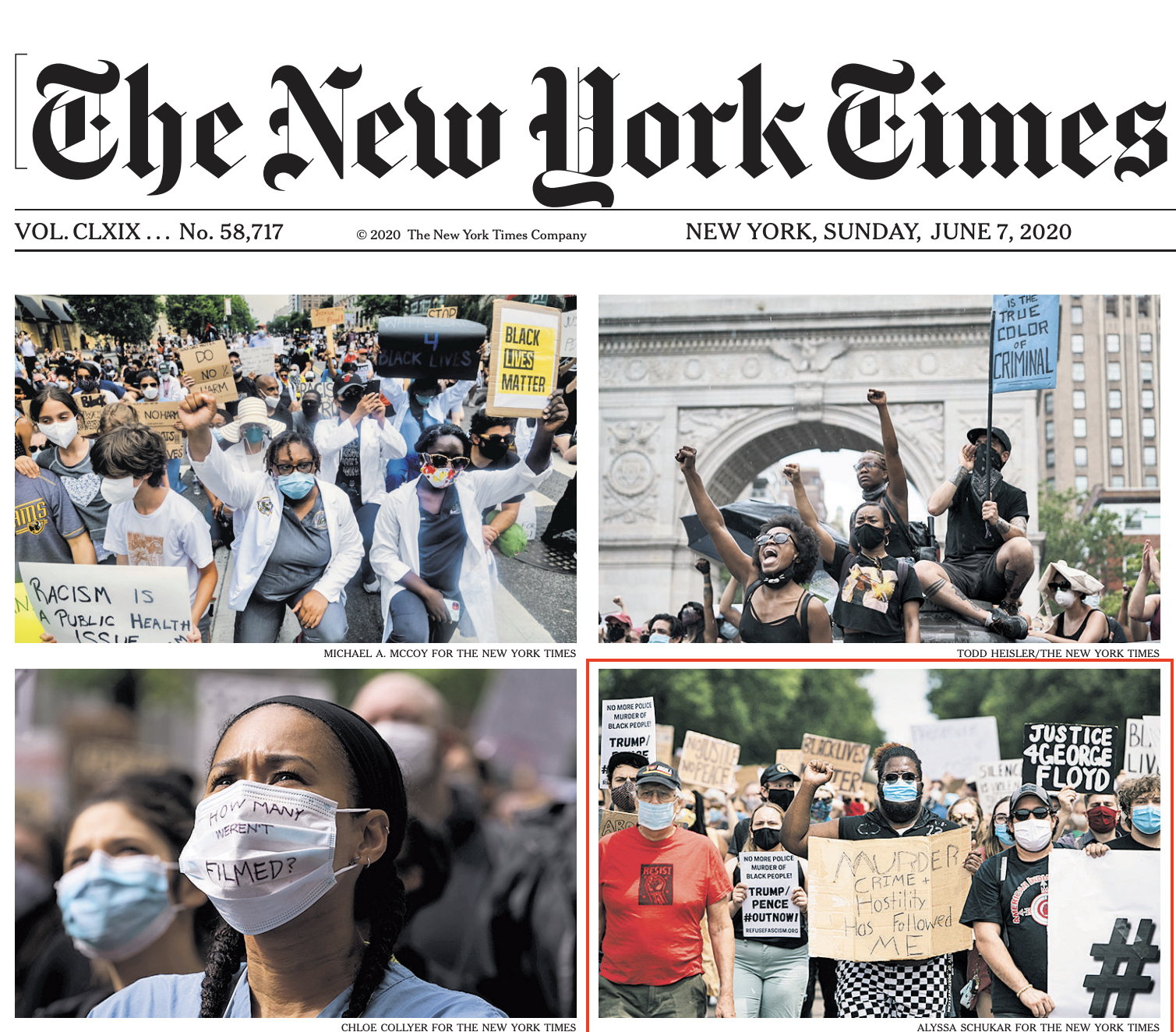 Posted on Twitter by Chris Johnson, Chief Political & White House reporter for the Washington Blade. (“Bringing you all the LGBTQ news that’s fit to print.”)

I was at the protest just handed this flyer, which says “Trump/Pence Must Go!” pic.twitter.com/4k3jrBCU1X 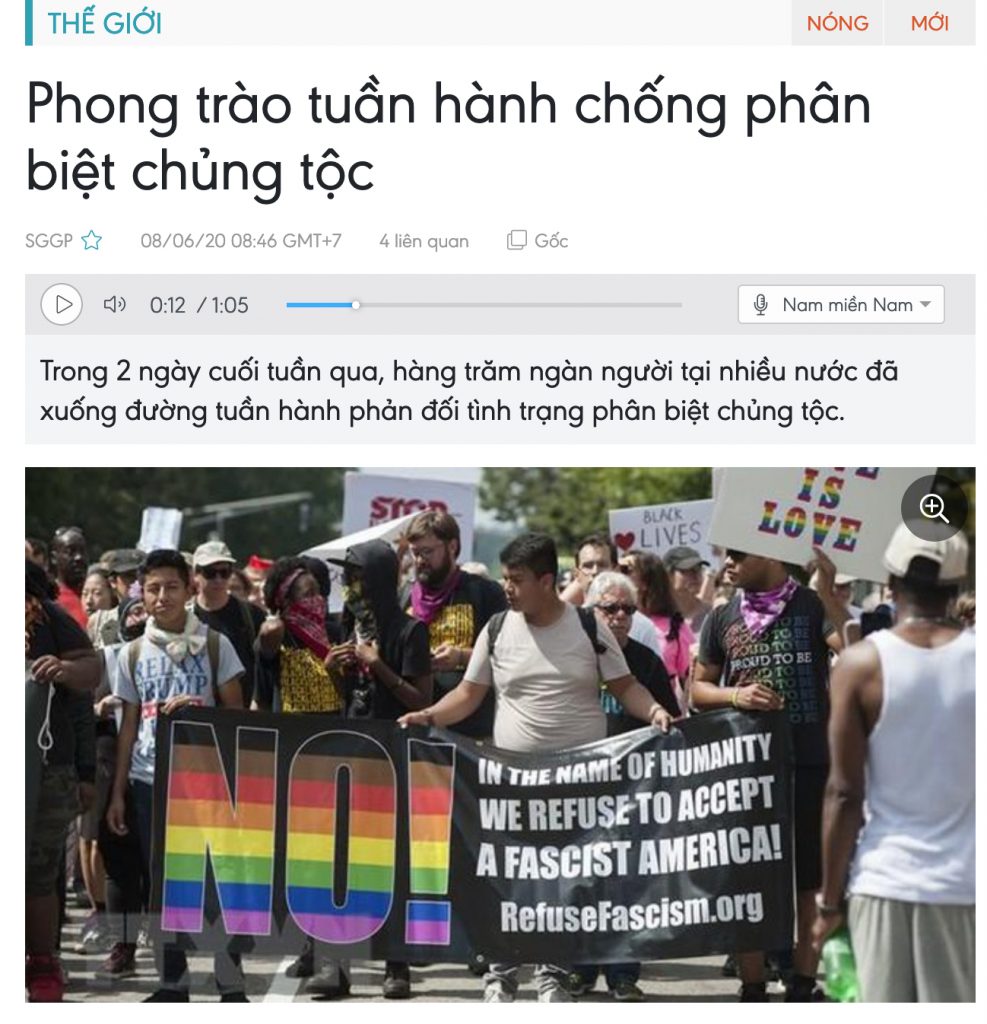 From coverage: “Over the last two weekends, hundreds of thousands of people in many countries took to the streets to protest racism. On June 7 [Vietnam date], peaceful protests on the 12th day after the death of George Floyd continued across the United States against racism and police brutality. Crowds also marched in New York, Chicago, Los Angeles, Dallas, New Orleans and San Francisco.”