Trump: You Lost. GET THE HELL OUT!

This is the agency that on Monday, at the time of the protest, was blocking the transition to a Biden administration, including plans for Covid relief as Covid runs wild. 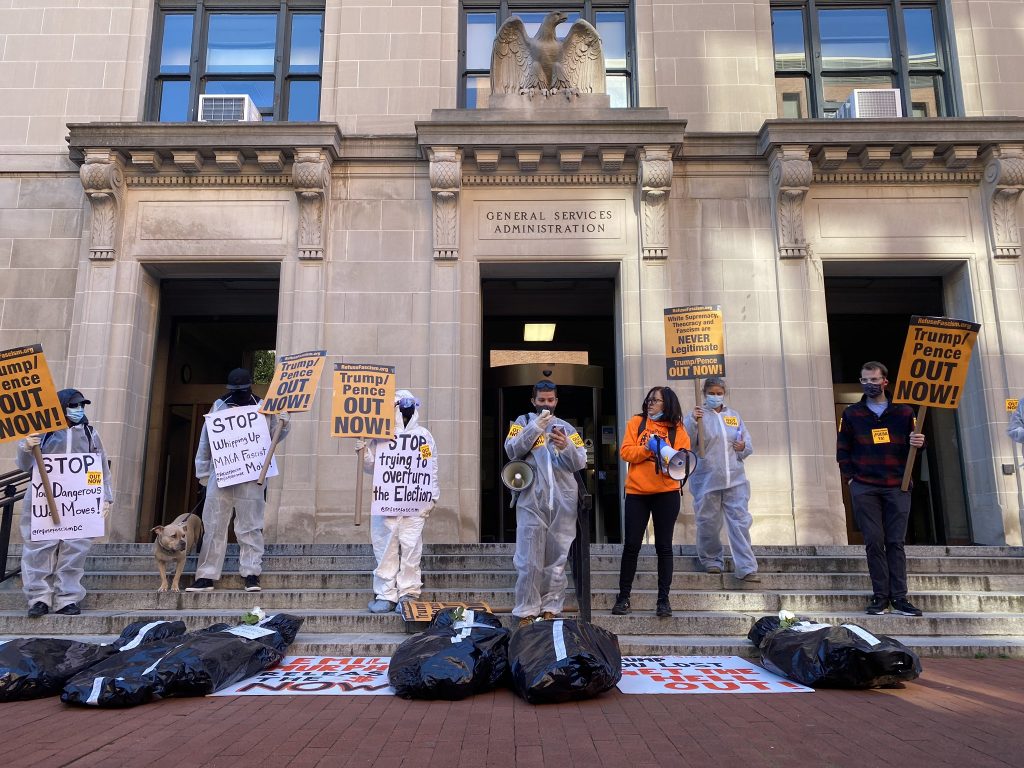 @RefuseFascism and @SunsaraTaylor speaking in from of @USGSA. Holding up funds for the sake of the election is costing lives. #DCProtests pic.twitter.com/ziPrDhJQzS 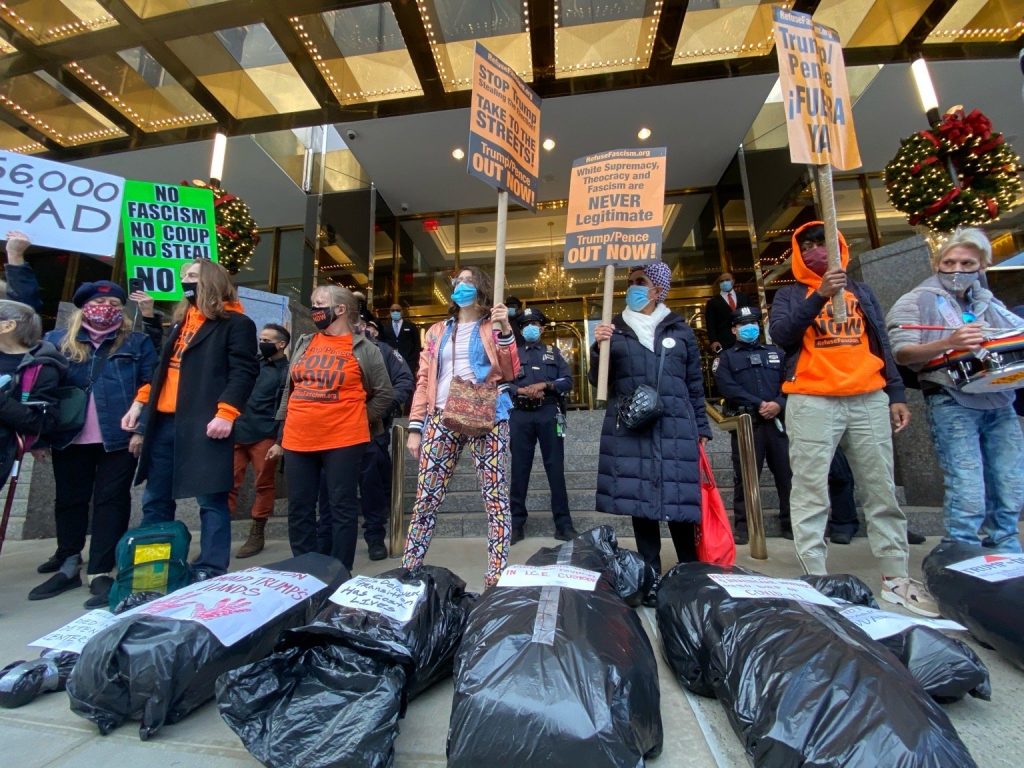 Delivering body bags to Trump International Hotel – representing the blood on Trump’s hands w his deathly refusal to concede to the election.

“He’s not a crybaby that doesn’t know how to lose. He wants to consolidate a genocidal fascist program.” #RefuseFascism #TrumpPenceOutNow pic.twitter.com/mb1owZ1fhb 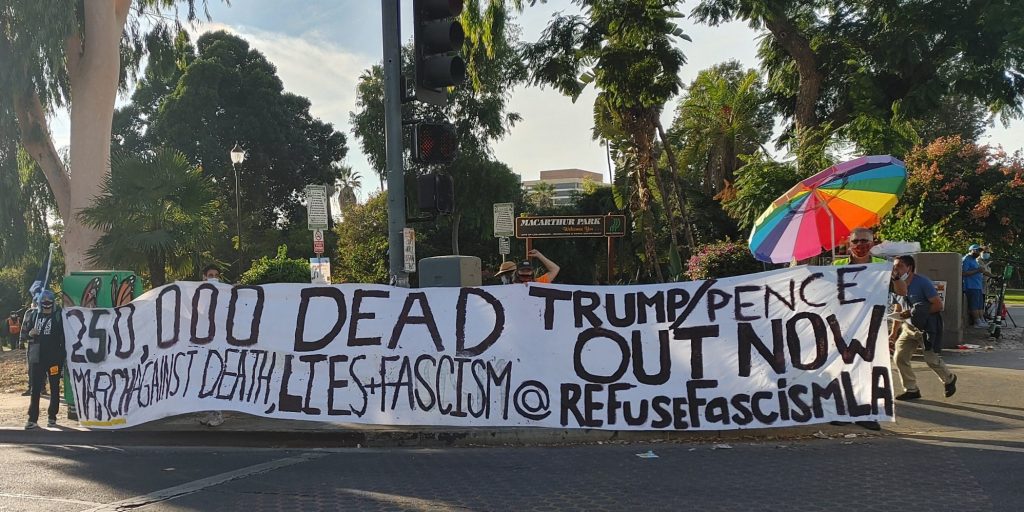 In the name of humanity, we REFUSE to accept a FASCIST America!

Sign the Pledge To The People of the World: https://t.co/ikWFogXUQi

Find protests near you: https://t.co/hNLPpfHyaC 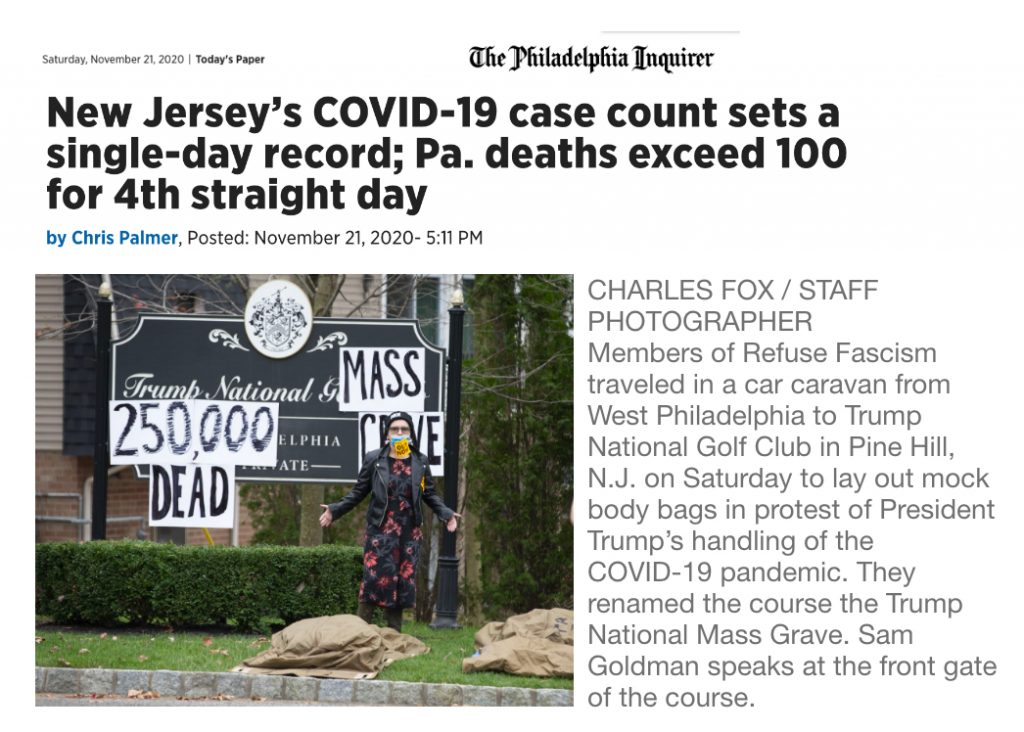 On November 21, a mob of hundreds of Trumpites (all stripes, Alex Jones, Proud Boys, militia groups, white supremacists ) in Atlanta demanded the overturning of the election of Biden. On the other side of police lines, they were opposed by a protest called by a coalition with the demand “Racists Out of ATL,” including many who were focused on calling on people to vote for Democratic candidates in runoff elections in Georgia that will decide control of the Senate. Refuse Fascism was in the mix with chants of “Trump pack your shit! You’re illegitimate!” and “Steal the election-Hell No-Trump/Pence Must Go!” 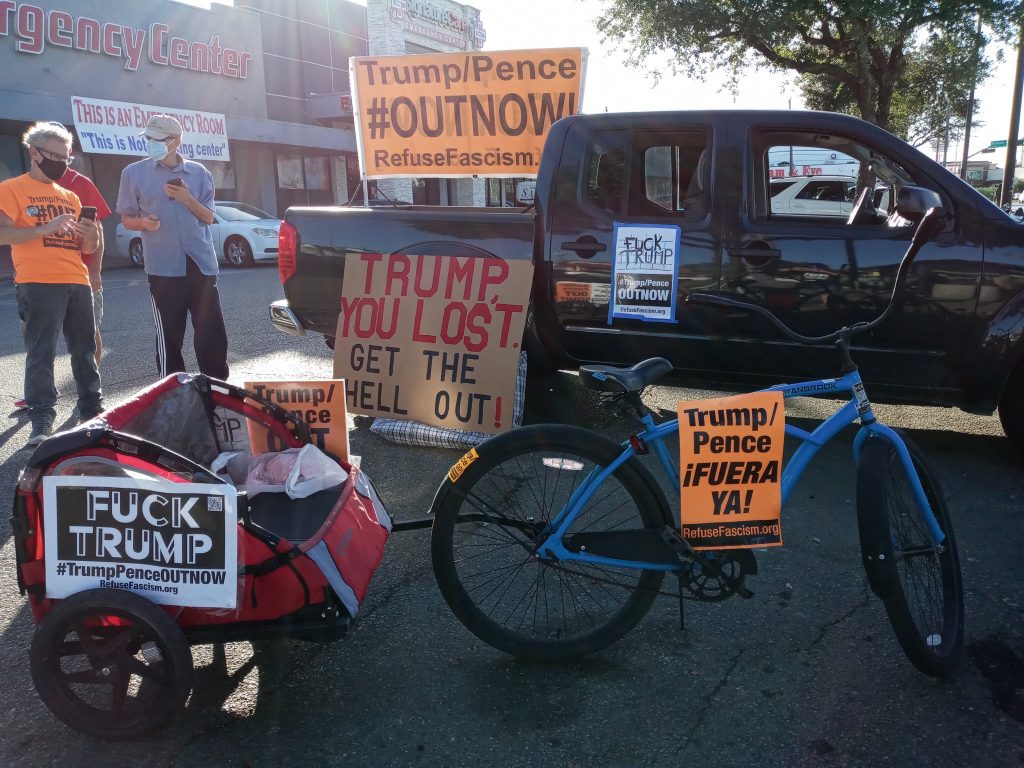 CLEVELAND: TRUMP, PENCE OUT NOW! IN THE NAME OF HUMANITY – WAKING UP / SHAKING UP PEOPLE AT THE MALL pic.twitter.com/eK8RAhJGeY 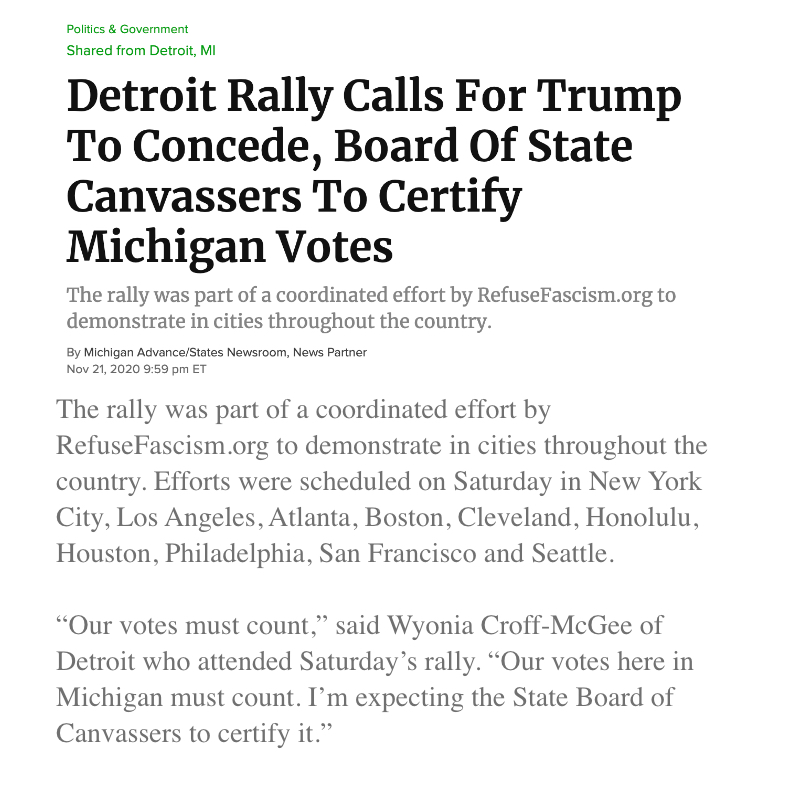 MORE SIGHTS & SOUNDS FROM PROTEST AND RESISTANCE IN THE STREETS