On Friday night a small team went to the Disney Concert Hall in downtown LA to enjoy an evening of virtuosity, and to hoist the 40 foot banner “TRUMP/PENCE OUT NOW – REFUSEFASCISM.ORG.” As we unfurled the banner concert-goers broke into exuberant applause! One person behind us called the act “a great gift.” 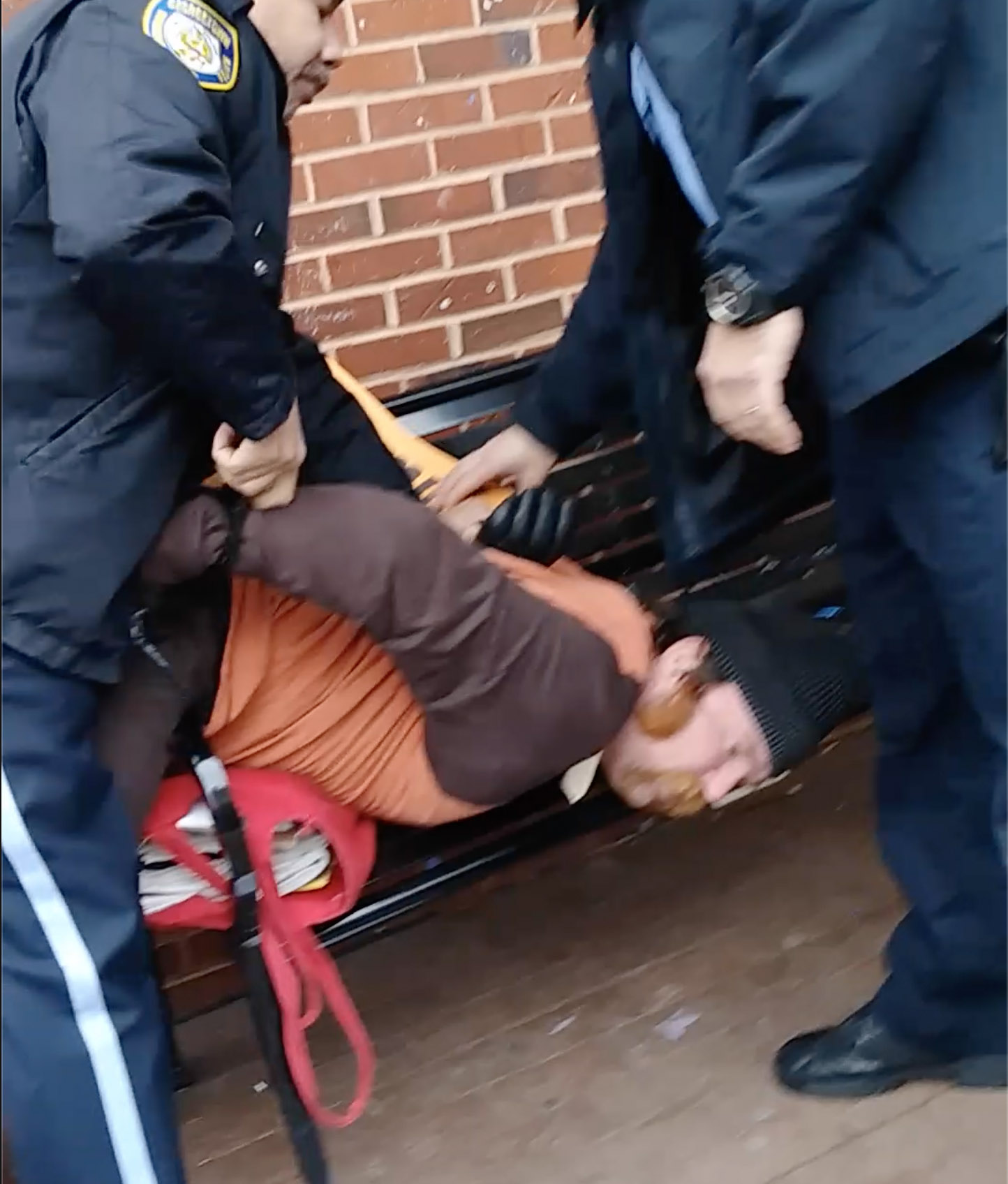 Volunteers with RefuseFascism.org from around the country have been fanning out across the city of D.C., spreading the word about and calling on others to join us in protest outside the U.S. Capitol in protest on Wed, January 29 at 11 am and again at 5pm.

One of our teams went out to Georgetown University to reach students. But, just as they were starting to spread the word, they were stopped by police. They complied with police instruction against mass flyering students, and even moved into the official free speech zone. Out of the blue, they were set upon by police who brutally arrested them. 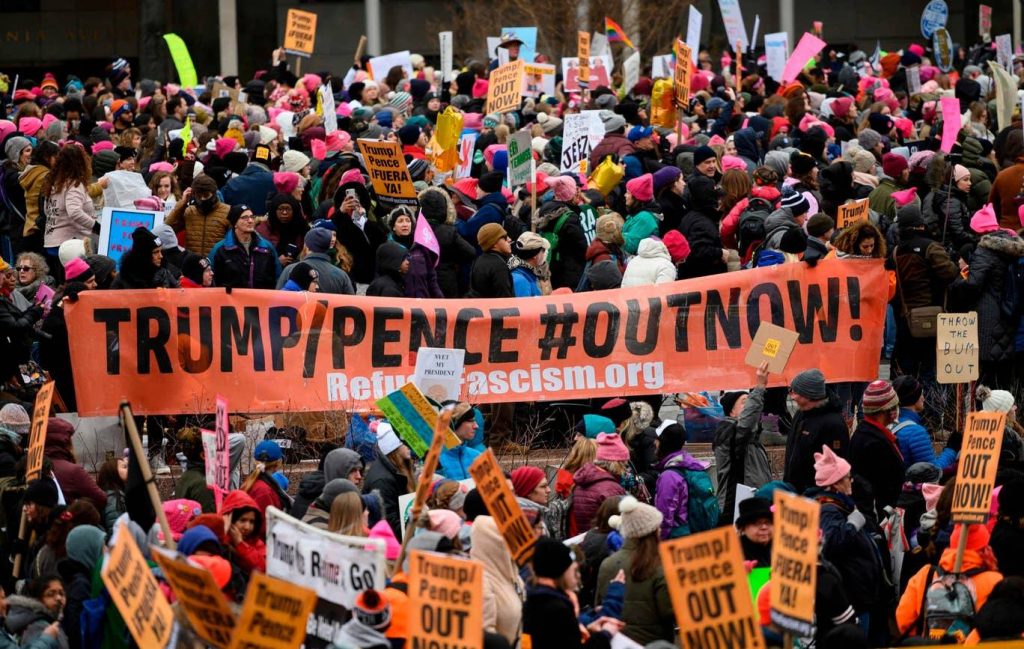 January 18, 2020: Refuse Fascism was at Women’s Marches inviting and challenging everyone to join #OUTNOW movement to stay in the streets to drive out this fascist regime. From DC, Chicago, New York and San Francisco to cities and towns across the country, people brought their outrage into the streets. Home-made signs expressed fury and… 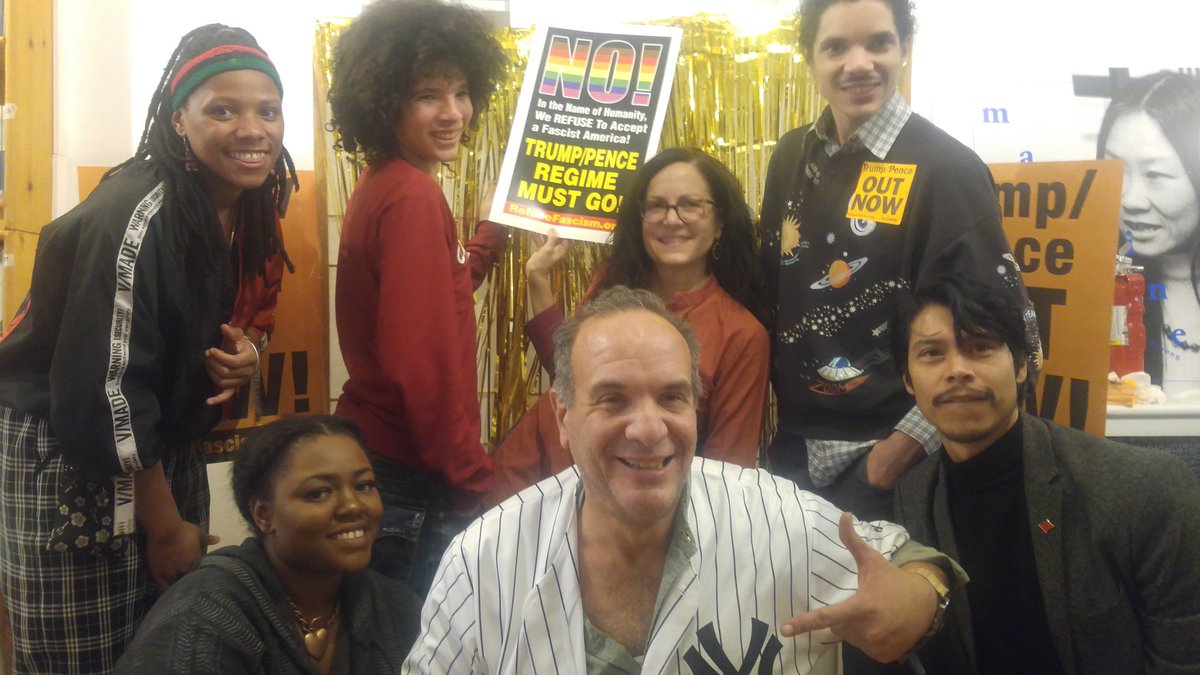 by Sunsara Taylor – reposted from revcom.us I’ve been meaning to write in about the fantastic holiday party held by Refuse Fascism in NYC at the end of last year. It was great! More than 40 people turned out, a really good mix including a core of folks who have come forward through the OUTNOW… 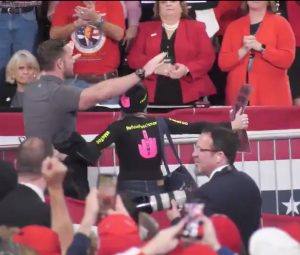 Bird Milliken courageously disrupted a Trump rally in Hershey, PA on December 10. She was interviewed by Michael Slate for The Michael Slate Show on KPFK FM. Following is a transcript of that interview.

2000 people protest Ann Coulter at UC Berkeley. Fascists off our campuses and out of the White House! 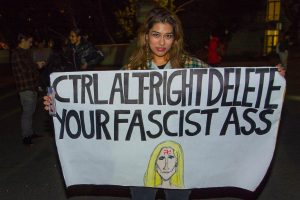 She was brutally arrested at UC Berkeley for calling Ann Coulter a Nazi. Then held in jail overnight on $60,000 bail & had to pay $3000 to get out. Now she’s being charged & facing 3 years in jail!

Refuse Fascism and the Revolution Club in Los Angeles Targeted by LAPD, District Attorney and UCLA – STAND WITH THEM

After facing 2 years for calling out Mnuchin at UCLA: NOT GUILTY VERDICT!

10/11/2019: Today a jury in West LA returned a not guilty verdict in the trial of the UCLA5. This is an important victory for the people – for the millions who hate the Trump/Pence Regime and who want to see them OUT NOW! – Read the press statement from the acquitted defendants.

LA #Freeway9 and #UCLA5: On Trial for Sounding the Alarm Against Fascism

Fact Sheet on the #FREEWAY9 and the #UCLA5