Printable PDF for The Call (updated 11/21/17):
This Nightmare Must End! The Trump/Pence Regime Must Go!

Join the movement that is protesting and not stopping
until our DEMAND is met:

This Nightmare Must End:
The Trump/Pence Regime Must Go!

Immigrants living in terror—their next step could mean detention, deportation, being torn from children and loved ones.

Muslims and refugees demonized, banned and cast out.

Millions—children, the elderly, disabled, the sick, the poor—denied healthcare, food assistance, the very right to live.

Women objectified, degraded, and denied the basic right to control their own reproduction, with fundamentalist Christian fascism increasingly being made law.

Black and Latino people openly threatened by the President, with maximum sentencing, stop-and-frisk going national, intensified police brutality and murder of our youth with no holds barred.

People all over the world facing bombings, occupations, war and the threat of nuclear war with Donald Trump’s “America First” finger on the nuclear trigger.

The truth bludgeoned—lies and more lies—critical thinking being destroyed in education and public discourse.

The whole planet in peril from a regime that denies global warming and shreds all environmental protections.

A regime step by step discarding basic democratic rights, targeting group after group, and suppressing dissent and resistance. A regime unleashing the violence of white supremacists, anti-semites, and fascist thugs. This is fascism—a qualitative change in how society is governed. History has shown that fascism must be stopped before it becomes too late.

THIS NIGHTMARE MUST END.  Millions feel this and ache with the question of how to stop this unrelenting horror.  The stakes are nothing less than the future of humanity and the planet itself.

Who will end this nightmare?  We will. Only the determined struggle of millions of people acting together with courage and conviction can drive this regime from power.

JOIN US – Take to the streets and public squares across the country, building a movement of protests that continue day after day and night after night. A movement working to grow from thousands to hundreds of thousands and eventually millions.  A movement determined to not stop until our demand is met: THIS NIGHTMARE MUST END: THE TRUMP/PENCE REGIME MUST GO!

Our actions reflect the values of respect for all of humanity and the world we want – in stark contrast to the hate and bigotry of the Trump/Pence fascist regime.

Our determination to persist and not back down will compel the whole world to take note. Every force and faction in the power structure would be forced to respond to our demand.  The cracks and divisions among the powers evident today will sharpen and widen.  As we draw more and more people forward to stand up, all of this could lead to a situation where this illegitimate regime is removed from power.

Spread the word and organize. Be a part of making history.  Don’t let it be said that you stood aside when there was still a chance to stop a regime that imperils humanity and the earth itself.  Join us in taking to the streets and the public squares day after day and night after night. Let’s stand together with conviction and courage, overcoming fear and uncertainty, demonstrating that:

This Nightmare Must End: The Trump/Pence Regime Must GO! 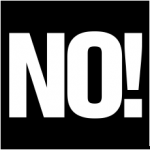 On November 4, 2017 four thousand people protested with courage and conviction in 24 cities defying a wave of fascist lies, threats, and even armed fascists in some places, to demand: The Trump/Pence Regime Must Go! Let’s build on this. Now is the time to join this great cause to drive out this regime before it becomes too late.

RefuseFascism.org is a movement of people coming from diverse perspectives united in our recognition that the Trump/Pence Regime poses a catastrophic danger to humanity and the planet and that it is our responsibility to drive them from power through non-violent protest.