Abortion On Demand and Without Apology!

Drive Out the Trump/Pence Regime – No Fascist USA! 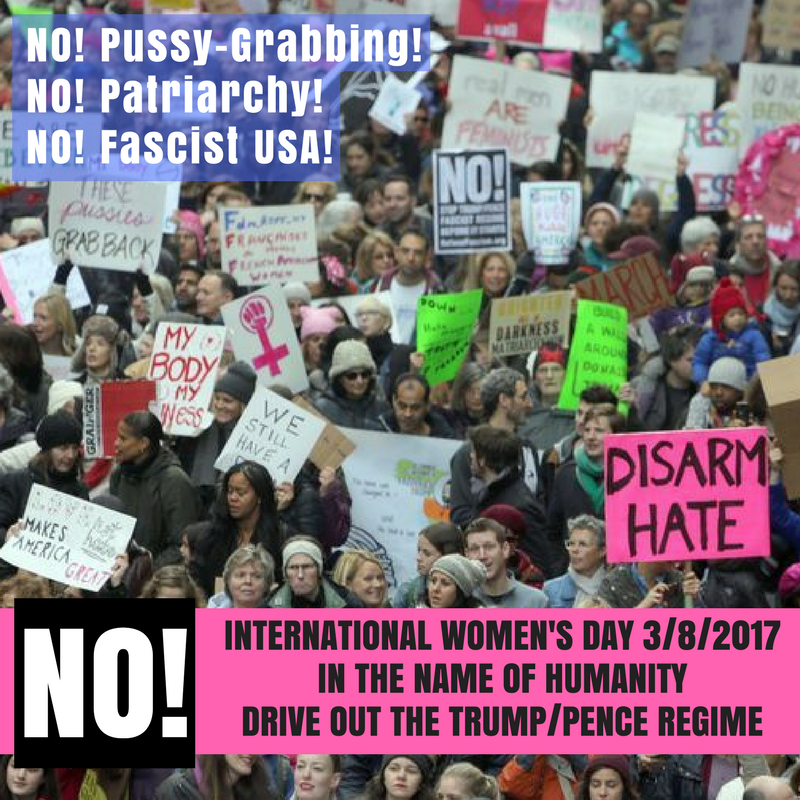 Donald Trump is the Sexual-Predator-In-Chief who’s spent decades using, groping, humiliating, belittling and bullying women.  Mike Pence is a Christian fascist who has spent decades waging war on women’s right to abortion, birth control and basic humanity.  They’ve already reimposed and massively expanded the Global Gag Rule, denying millions of women worldwide access to abortion and other essential healthcare, and condemning thousands to death.  They’re moving fast to remake the courts, to defund Planned Parenthood, and to slam women backwards in countless hideous and enslaving ways.  This misogyny is a key plank of their all-round fascist remaking of America that MUST NOT BE ALLOWED.

Take to the Streets! Bring your signs, your friends, your classmates, and your FURY!

Break the Chains! Unleash the FURY of Women!

Say NO to All Forms of Female Enslavement!

Drive Out the Trump/Pence Regime! 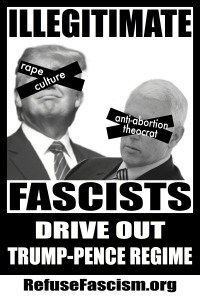 send your plans, reports, videos, and pictures to [email protected]