Listen to the entire show here:

On February 2, 2018, detained immigrants rights leader Ravi Ragbir, and then Carl Dix – a representative of the Revolutionary Communist Party and an initiator of RefuseFascism.org –were interviewed on the Michael Slate radio show on KPFK in Los Angeles about the attacks on immigrants, on leaders of the immigrants rights movements, and what kind of response is needed. 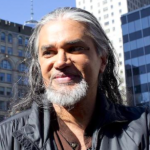 Ravi Ragbir: “I’ve been saying ethnic cleansing, they told me to stop talking about ethnic cleansing because it’s really, really harsh. But you heard them talk about the s-hole countries and stopping people from those s-hole countries—the Caribbean, Africa. And then in the same breath they will say we need to have more people like from Norway, for instance. Isn’t that an outrageous statement? And isn’t that an obvious statement of what he wants to do and what his populist supporters want to do? They want to make this a white America. And America has never been white. The Native Americans were never white. The pioneers, the people who came here, may have been white but there were non-whites already living here.” 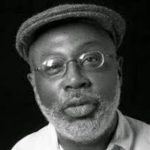 Carl Dix: “People have to really look at what’s going on. there is an intensifying war on immigrants, and especially Black and Brown immigrants. People are being literally forced to the margins of society…

“This is an important assault in its own right. No human being should fear being torn from their families, from their loved ones, from their lives, because they happened not to have been born in this country. But the other thing about this is, this is a big step in the consolidation of fascism in this country. If you look at it for what it really is, it could have been taken out of Adolph Hitler’s playbook.”