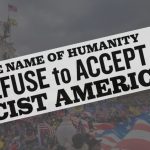 This year, we saw a terrible consequence of downplaying and normalizing the fascist threat represented by Donald Trump’s rise to power. The Supreme Court, with three justices appointed by Trump, overturned Roe v. Wade, plunging 22 million women and girls into a nightmare of female enslavement, second-class citizenship and forced pregnancy. Soon, this same Supreme… Read More 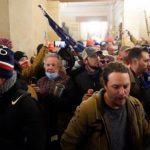 by Coco Das | Your browser does not support the audio element. Thursday, October 13th was what may be the last January 6th Committee Hearing. From the testimonies heard, it was clear that Donald Trump knew that he lost the election, but was determined to remain in the White House by hook or by crook… Read More 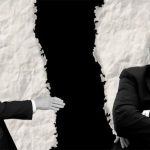 What Trump and Orbán want: It’s fascism — it’s not a metaphor or a joke by Chauncey DeVega at Salon.com The global right’s two greatest heroes spoke at CPAC over the weekend. Take what they said very seriously. Read the article at Salon Mid-Summer 2022: Intensifying Conflict Between Republi-fascists and Democrats Amidst Increasing Talk of… Read More 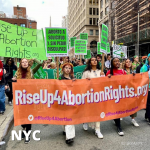 AUGUST 1, 2022 Why is “the Left” Red-Baiting Rise Up for Abortion Rights on the Eve of Fascist Destruction? by Paul Street Reposted from CounterPunch There’s nothing new in United States history about the slanderous demonization of those who step up and fight to make a better world from the bottom up. From at least the… Read More 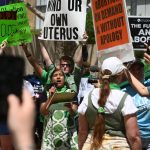