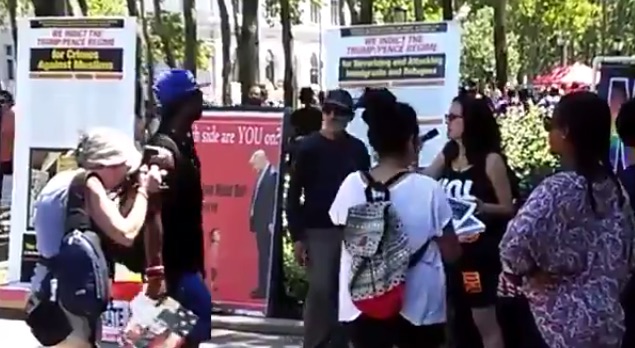 As hundreds of thousands are taking to the streets in outrage at the obscene ripping away of children from their families by the Trump/Pence Regime… as fascist court rulings enshrine Christian fascist oppression as law of the land, as the SCOTUS backs disenfranchising black and brown voters and upholds a Muslim Travel Ban… Refuse Fascism has produced 7’ high versions of the 2018 revised Indictments of the crimes of this regime.

These posters are traffic-stoppers, literally and figuratively. They confront people with the REALITY, the BIG PICTURE that this really is a FASCIST REGIME and nothing short of Refuse Fascism’s Call to Action is even in the right ballpark as far as dealing with this.They are one critical way to project Refuse Fascism’s message beyond our still-too-small forces and build our movement. They are the kind of thing the mainstream and social media picks up on. And the posters can be recruiting tools, magnets for people who want to act commensurate with wtf is going on right now. 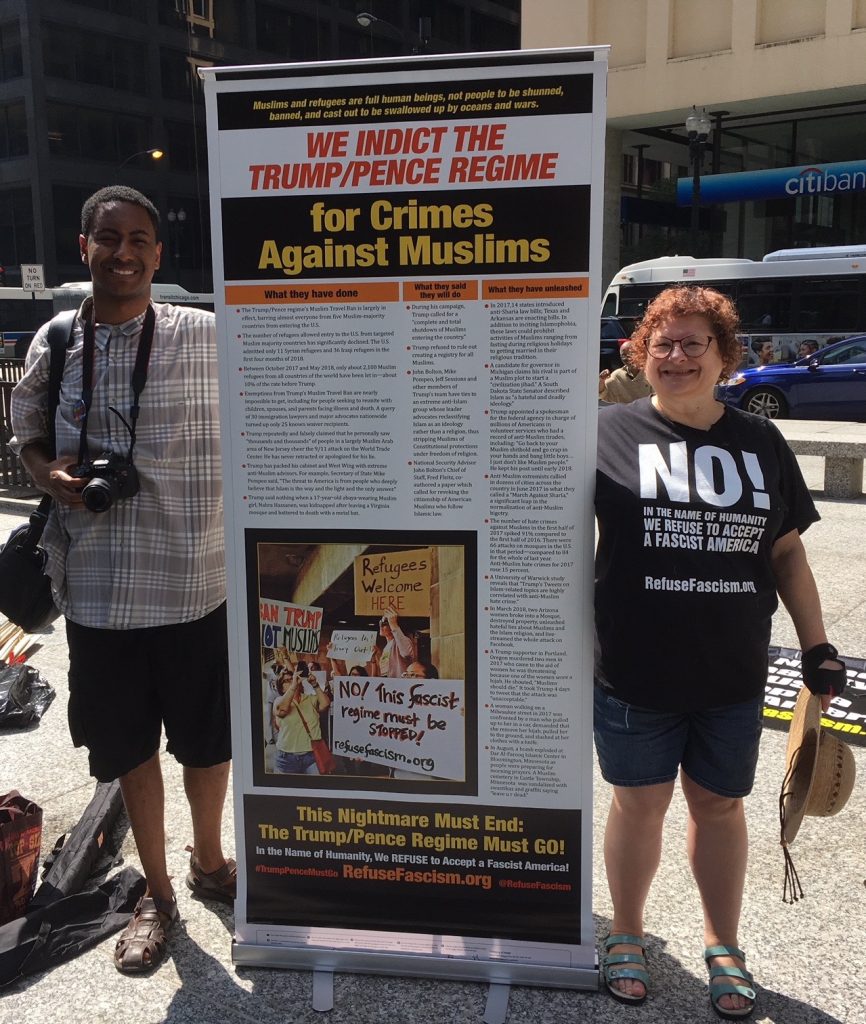 Get with your Refuse Fascism chapter (if you don’t have one, or aren’t near one, contact the national office). Raise funds. Gather up new people. Order, assemble, and recruit people to get out there with these posters!

UPDATED June, 2018:
The Trump/Pence Regime Is INDICTED For:

One of the researchers who worked on the Indictments: “We can all, probably, think about a time in our lives when we were so jolted by some fact or set of facts that it caused us to re-evaluate our lives. That’s what we’re going for here. And right now, we need different dimensions of going up mass denial: the challenge posed in the Call to Act (and other polemics); “ACT-UP” type actions; and updated indictments that expose the actual things this regime has put in place, is putting in place, and is giving rise to.”