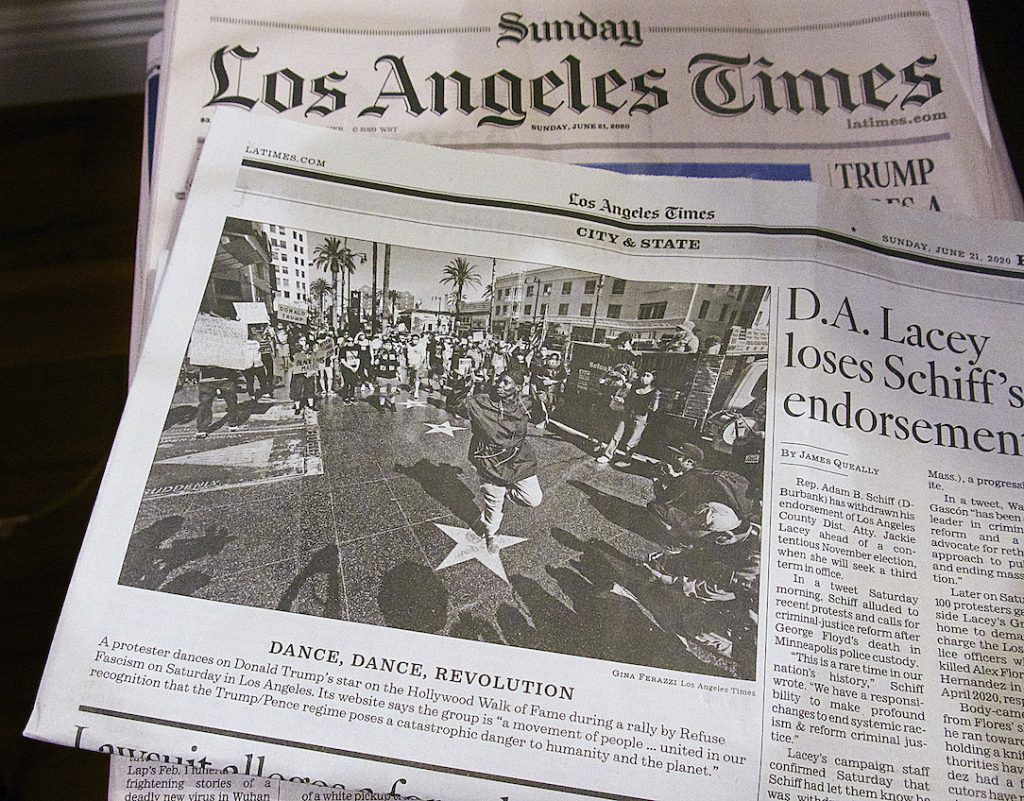 LA Times 6/21/2020. Caption reads: DANCE, DANCE, REVOLUTION A protester dances on Donald Trump’s star on the Hollywood Walk of Fame during a rally by Refuse Fascism on Saturday in Los Angeles. Its website says the group is “a movement of people… united in our recognition that the Trump/Pence regime poses a catastrophic danger to humanity and the planet.”

.@emmancipator w/ @RefuseFascism on MSNBC tonight:
“We are calling for mass sustained non-violent protests to drive the Trump/Pence regime out of power.” #TrumpRallyFail #TulsaTrumpRally

NBC KJRH 2 Works for You (Tulsa):
Demonstrators marching near 4th and Boulder in downtown Tulsa

2 Works for You’s Tony Russell said the area on Boulder Avenue is the epicenter of the exchange between supporters and demonstrators. The demonstrators are shouting, ” Black Lives Matter.”

According to a Refuse Fascism press release, they are delivering a message to President Trump in a non-violent rally at 4 p.m.near 4th and Boulder Avenue.

Refuse Fascism is going up to the gates of Trump’s fascist rally in Tulsa to deliver a political message: No fascist Trump rallies in Tulsa or anywhere. In the name of humanity, we refuse to accept a fascist America. Trump/Pence Out Now!

Refuse Fascism, a self-described “movement of people,” marched against the Trump Administration in Tulsa, Okla. last weekend to drive that regime “from power through non-violent protests.”

A group called Refuse Fascism said it planned a 4 p.m. rally outside the site of Trump’s event. Similar rallies were planned in at least a dozen other US cities. 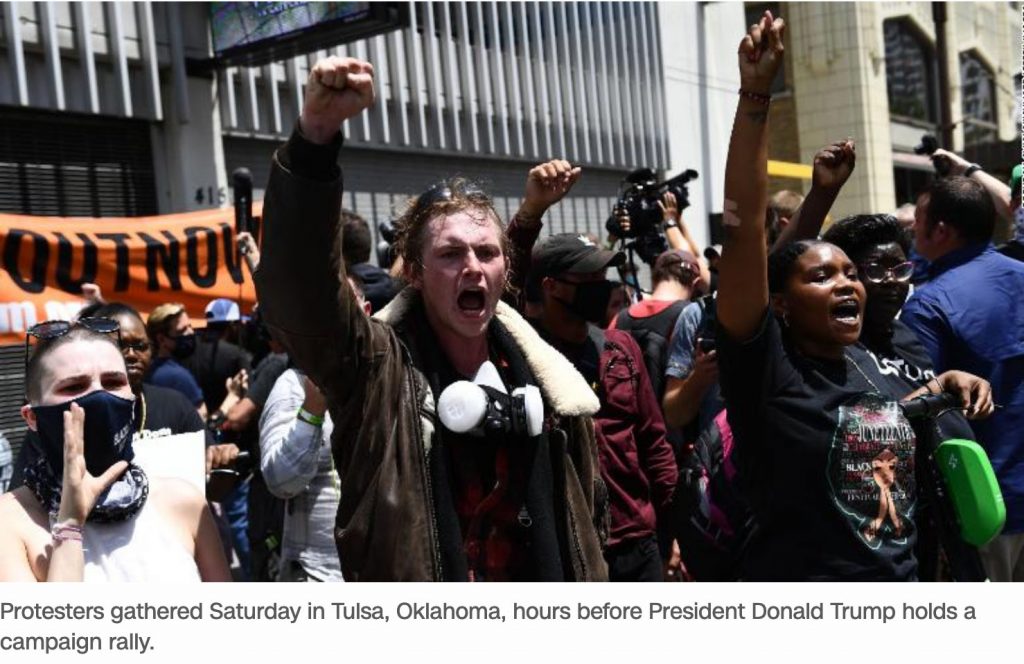 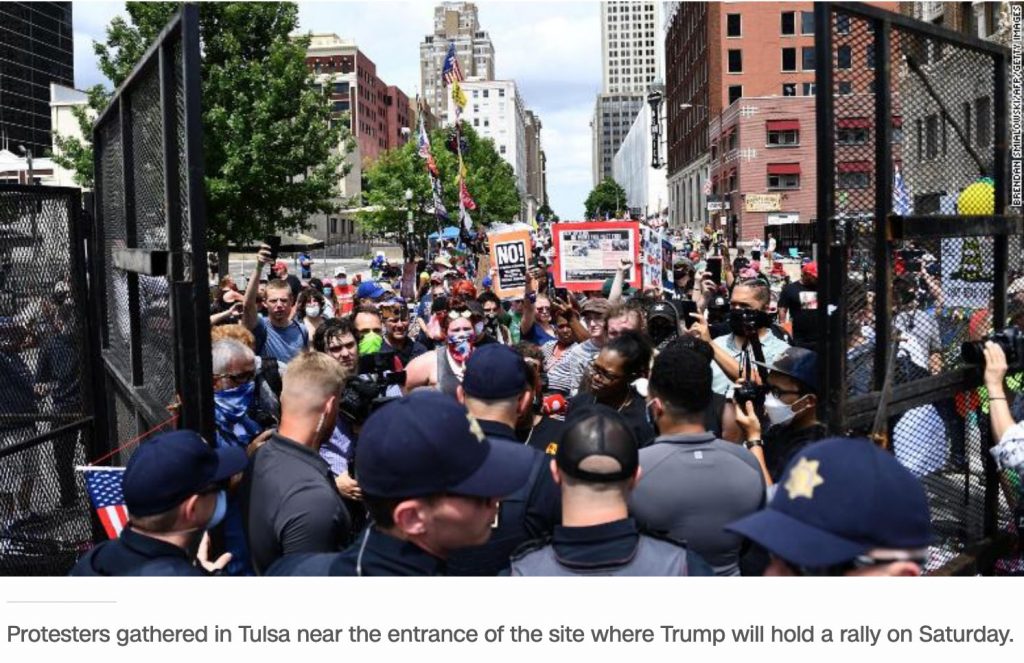 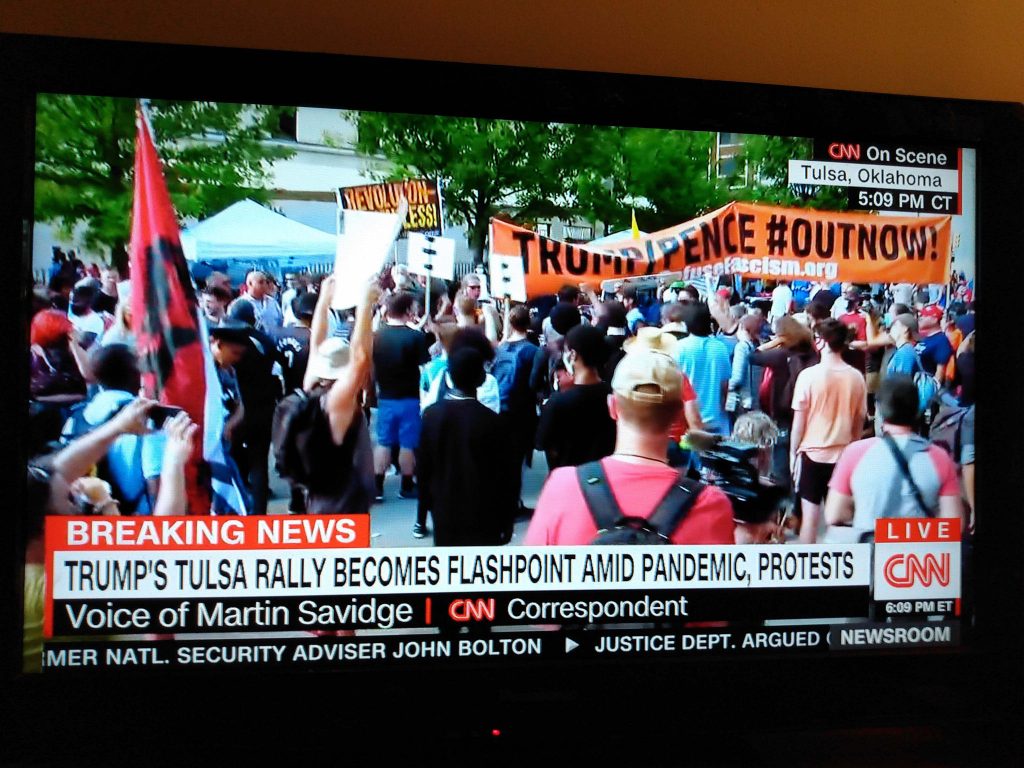 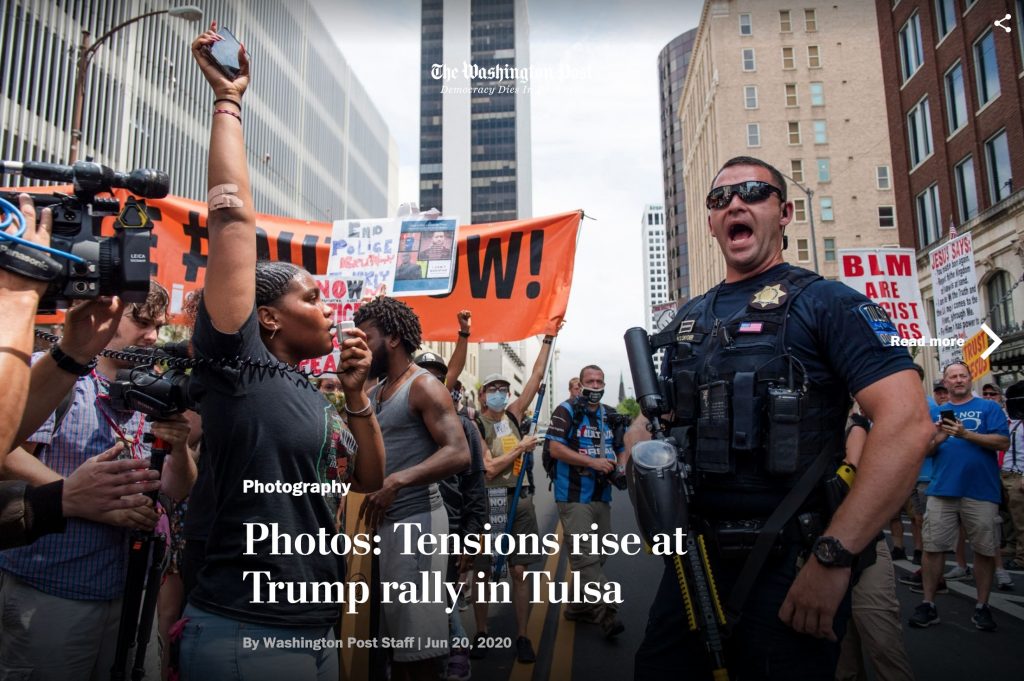 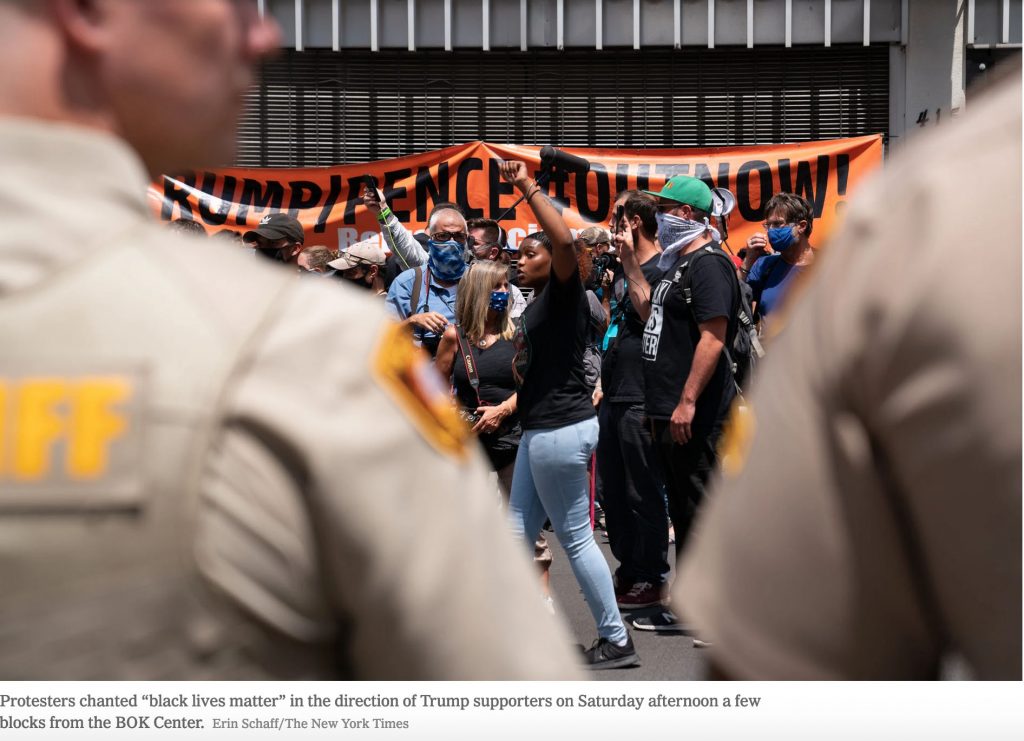 From Other Parts of the Country:

“There’s a white supremacist fascist in the White House threatening to call the military out on protesters.”

To all the ppl in the streets, time to demand- Trump/Pence Must Go NOW!