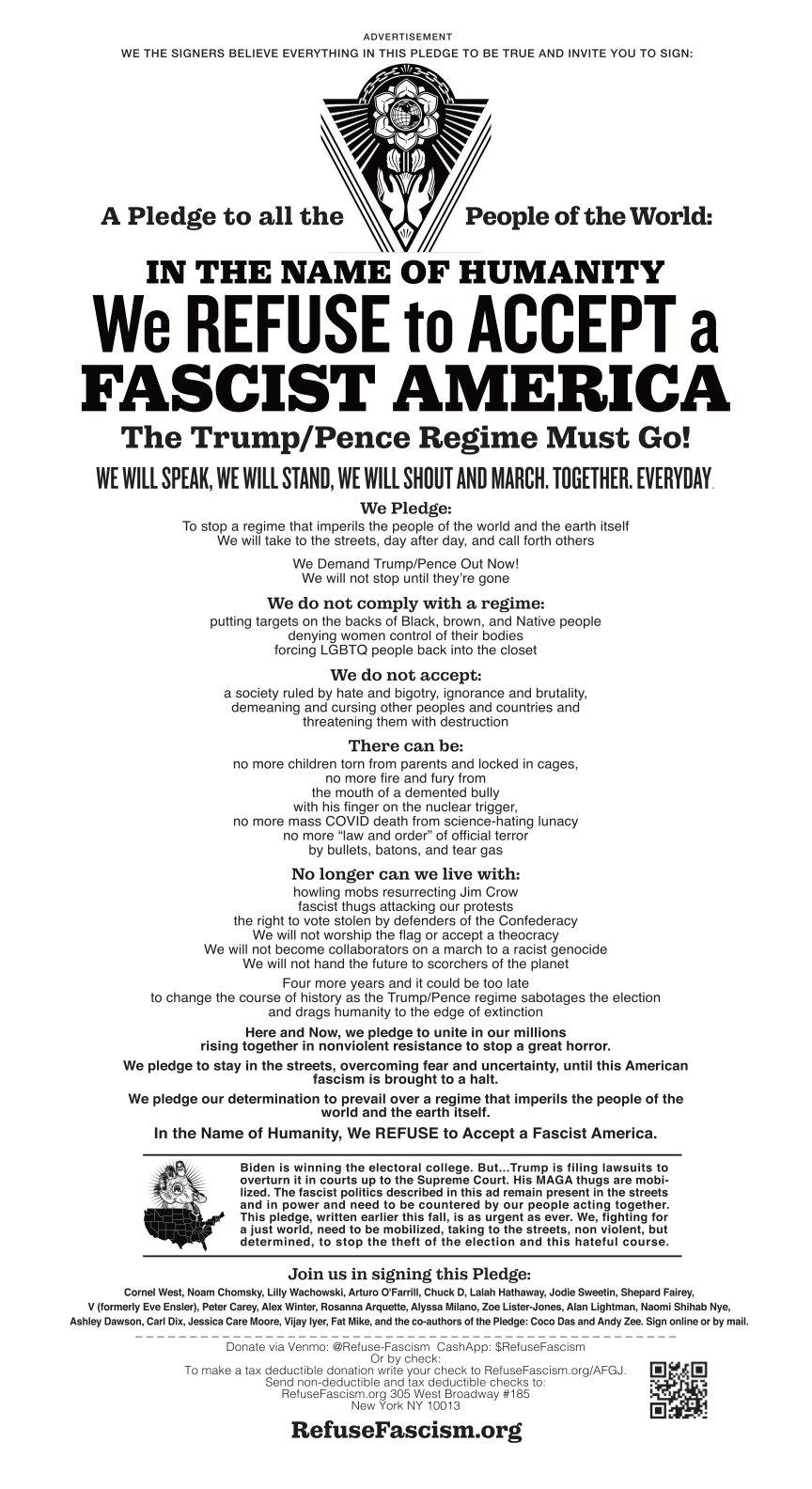 DONATE to reach MILLIONS with this PLEDGE

A Pledge to the People of the World:

In the Name of Humanity, We REFUSE to Accept a Fascist America.
The Trump/Pence Regime Must Go!

We will speak, we will stand, we will shout and march. Together. Everyday.

To stop a regime that imperils the people of the world and the earth itself
We will take to the streets, day after day, and call forth others

We Demand Trump/Pence Out Now!
We will not stop until they’re gone.

We do not comply with a regime:

putting targets on the backs of Black, brown, and Native people denying women control of their bodies
forcing LGBTQ people back into the closet

We do not accept:

a society ruled by hate and bigotry, ignorance and brutality, demeaning and cursing other peoples and countries and
threatening them with destruction

no more children torn from parents and locked in cages, no more fire and fury from the mouth of a demented bully
with his finger on the nuclear trigger,
no more mass COVID death from science-hating lunacy no more “law and order” of official terror
by bullets, batons, and tear gas

No longer can we live with:

We will not worship the flag or accept a theocracy.
We will not become collaborators on a march to a racist genocide.
We will not hand the future to scorchers of the planet.

4 more years, 4 more months, and it could be too late

to change the course of history as the Trump/Pence regime sabotages the election and drags
humanity to the edge of extinction.

Here and Now, we pledge to unite in our millions

rising together in nonviolent resistance to stop a great horror.

We pledge to stay in the streets, overcoming fear and uncertainty, until this American fascism is brought to a halt.

We pledge our determination to prevail over a regime that imperils the people of the world and the earth itself.

In the Name of Humanity, We REFUSE to Accept a Fascist America.