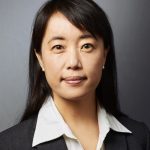 “In terms of the influence on society we have now already seen that the removal of Donald Trump was not enough because it was not a forced removal and it was not a reckoning of his presidency but rather continuation of enabling in many ways… We see a lot of the effects, what many of us are calling Trumpism, continue. I believe that’s very much the march towards fascism that you’ve been trying to fight.”

Sam Goldman interviews Dr. Bandy Lee, M.D., M.Div., a forensic psychiatrist, violence expert, and faculty member of Yale School of Medicine for 17 years who also taught at Yale Law School for 15 years. She was a research fellow at the National Institute of Mental Health, a consultant with the World Health Organization since 2002, and author of the textbook, Violence (2019). She edited The Dangerous Case of Donald Trump: 37 Psychiatrists and Mental Health Experts Assess a President (2017 and 2019) and authored Profile of a Nation: Trump’s Mind, America’s Soul (2020). She is also president of the World Mental Health Coalition (worldmhc.org), which is a professional organization dedicated to the betterment of societal mental health and is forming a Truth and Reconciliation Commission to examine what happened over the Trump years and how the nation can heal from it. You can follow her work at bandylee.com and @BandyXLee1.

SG: I think that just building the ability to see our own agency, the power that we have and the power of nonviolent action is extremely important, and I would just pair that with people understanding what it is that we confront, and not being too afraid or too uncomfortable to look at what it is, and that we have power when we fully face…

BL: It’s not an unsolvable problem. If we recognize what the problem is and confront it, then solutions will follow, but there’s a great reticence to even naming what the problem is. I mean, there have been countless stories of attacks on people who would bring up Adolf Hitler for example or Nazism in the context of the Trump presidency…Well, there are differences of course, but there are also a lot of parallels, and if we’re not willing to face the parallels and see these very common patterns throughout history, that have repeated time and time again and even currently in several countries, then we would not be able to confront it. And just covering it up, or not discussing it, does not make it go away, it actually allows the problem to grow to the point where it’s gotten really difficult to contain right now. But, as a psychological professional, I’ve always seen this as a solvable problem because we know the means of treatment and containment and behavioral management in our own profession. And, personalities such as Donald Trump are actually very common – thought to be one to five percent of the general population – although they take on a much greater percentage of leadership positions, and that’s also something that we need to address. But, it’s not an insurmountable problem.

SG: One of the things that some people have been talking about recently in terms of how we address this is through a truth commission or having some kind of public commission on the Trump/Pence regime’s crimes against humanity, if you will. I was looking at one of your recent tweets: “We know Donald Trump wasn’t bright enough, informed enough, or hard-working enough to achieve all he has on his own.  If there were a commission looking into his deeds, I hope it will include the forces behind the enabling, which were probably those that did George W. Bush, too.” I was wondering if you could talk a little bit more about this. If there were such a commission, what would be the focus? I’ll just open it there.

BL: There has been a proposal for a 9/11 type commission for what happened on January sixth. I think the focus is a little too narrow, and I think it’s a little disadvantageous that the Democratic Party proposed it, but I do think there is a need for a commission and if one were to proceed, I would like to advise that it be more broad in conception and look at the much wider socioeconomic and cultural factors that played into enabling a personality such as Donald Trump who was quite clearly psychologically dangerous and mentally unfit from the start by the assessment of many professionals as well as laypersons. And also, why psychological professionals were silenced during the presidency. I don’t know if you were following or aware at all, but, what is called the Goldwater rule, which is the American Psychiatric association’s own trade association rule that no other mental health association has adopted was not admitted to any state licensing board because it conflicts with the first amendment and covers only six percent of practicing mental health professionals, but it was promulgated as if it covered all mental health experts, that no mental health experts who would speak up about the Trump presidency could be ethical, and so they managed to exclude all of us from the major media and then were incredibly, handsomely rewarded by the federal government for doing so; the American Psychiatric Association, that is. And, why that kind of thing was allowed to happen, because access to expertise and intellectuals, that is the best available knowledge, is just as important as access to facts for a population to be able to protect itself and to govern itself. So, I consider it truly a matter of democracy, and when the American Psychiatric Association came out to silence us, I saw it as the first sign of authoritarianism, and it turns out to have been true. If the president were not to be held accountable for the number one issue of his presidency – many have said that his mental unfitness is the defining feature of his presidency, and I have always argued that that’s the case – then he couldn’t be held accountable for anything else. And that’s turning out to be true, given two failed impeachments and none of the other human rights abuses, atrocities at the border or any other criminal actions being held accountable.

Hosted by volunteers with RefuseFascism.org, a movement of people coming from diverse perspectives. In the name of humanity we refuse to accept a fascist America!

LISTEN ON Spotify, Apple, Google or other podcast channels

SUBSCRIBE: Do not miss an episode of the Refuse Fascism Podcast

Send your comments to [email protected] or @SamBGoldman.

From the Refuse Fascism Editorial Board:

Statement on the Second Senate Acquittal of Donald Trump

This acquittal shows once again that there is no bottom to the immorality of Trump and his fascist followers. Now our side, those who aspire to a more just society, has to STOP putting ceilings on our determination to resist and stop this vicious American fascism. – READ THE STATEMENT