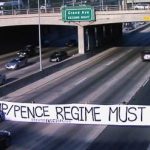 Updated 7/20/2019 |   Flyer updated 7/20/2019 (PDF) WE DEMAND: Drop The Charges Against the #Freeway9 and #UCLA5 The Los Angeles City Attorney Mike Feuer has criminally charged members of Refuse Fascism and the Revolution Club for protesting the fascist Trump/Pence regime, calling for massive nonviolent sustained mobilization to drive this regime from power. The charges… Read More 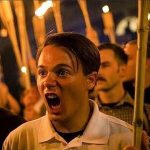 Friday August 10 through Sunday August 12 On Anniversary of the Murder of Heather Heyer — Counter-protest Trump’s fascist thugs in DC. This nightmare must end: The Trump/Pence Regime must go In the Name of Humanity, We Refuse To Accept A Fascist America Online Form – DC August 12 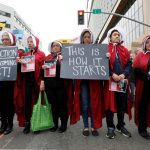 On Monday, July 23 vicious theocrat Mike Pence returns to Philadelphia for a fundraiser for Lou Barletta, we need to be collectively saying through word and deed we refuse to accept a fascist America. This nightmare must end! The Trump/Pence Regime Must Go! Pence is one of the most dangerous reactionary figures in modern history.… Read More 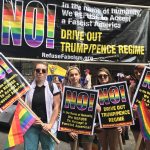 The Supreme Court has sided with a Christian fascist businessman in Colorado who refused services to a gay couple, effectively enshrining discrimination against LGBT people. In the 7-2 decision, two liberal justices, while voicing disagreements, ultimately sided in favor of the supposedly “unfairly treated” bigot and delivered a result that utterly delighted Christian fascists – particularly the… Read More 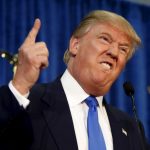 Trump tweeted this morning “I have the absolute right to PARDON myself, but why would I do that when I have done nothing wrong? In the meantime, the never ending Witch Hunt, led by 13 very Angry and Conflicted Democrats (& others) continues into the mid-terms!” As has been stated by numerous legal scholars, I… Read More 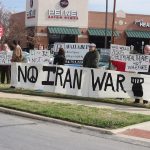 Donald Trump just formally announced that he will withdraw the U.S. from the Iran Nuclear Deal. Withdrawing from this agreement signals a dangerous shift towards war on Iran, including the potential for use of nuclear weapons on the Middle East. In his speech Trump said that Iran was the greatest threat to stability in the… Read More

If you’re interested in organizing the student task force meeting in NYC on January 15, please read An Open Letter to People of Conscience, Organizations and All Who Abhor the Trump/Pence Regime and provide some feedback. Donate towards the meeting Sign Up: Online Form – NYC Student Registration 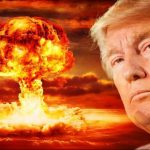 This test was created by revcom.us. Download PDF to print. Trump threatened “fire and fury” against people living on the Korean peninsula. Many people fear and hate Trump but do not know the history of Korean-US relations including the Korean War of the 1950s. Take the quiz- and give us an email address to mail… Read More 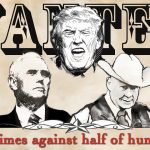 WANTED: FOR CRIMES AGAINST HALF OF HUMANITY Speak Out Against Sexual Predation & the Enslavement of Women! Drive Out the Trump/Pence Regime! The 10 Indictments of Roy Moore… and the Entire Trump/Pence Regime Tuesday, 12/12 (Day of Alabama Senate election with Roy Moore) – See snapshots from protests #NoMoore Protesters beginning to gather across from Trump Hotel… Read More 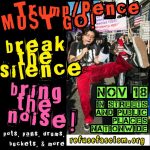 Reason #3 Why We Must Break the Silence & Bring the Noise this Saturday, November 18: It’s not enough to hate Trump and Pence, we have to drive them out! All fascist regimes start out with a minority of people supporting it. Donald Trump did not even win the popular vote. Over inauguration weekend, there… Read More