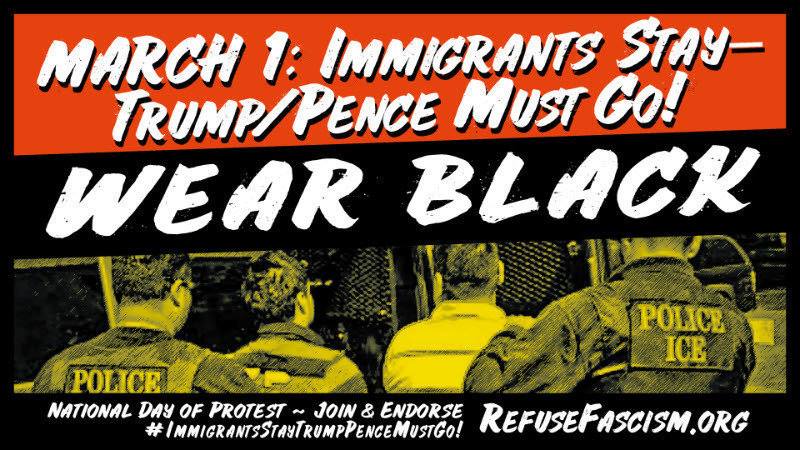 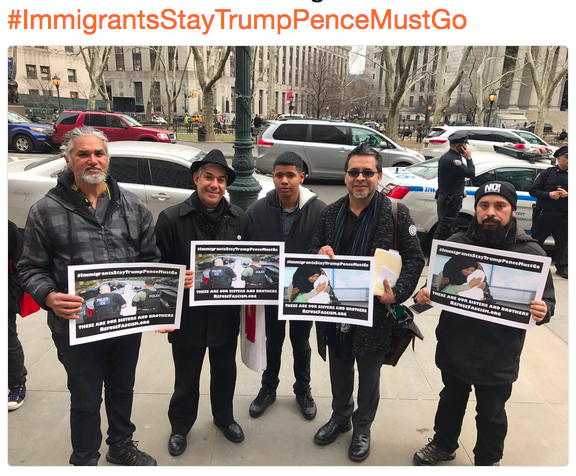 Immigrants rights activist Ravi Ragbir (left) with activists from the New Sanctuary Movement and Refuse Fascism at the weekly Jerecho walk in New York City, held in solidarity with immigrants in detention. This week the event incorporated the call from Refuse Fascism for March 1. 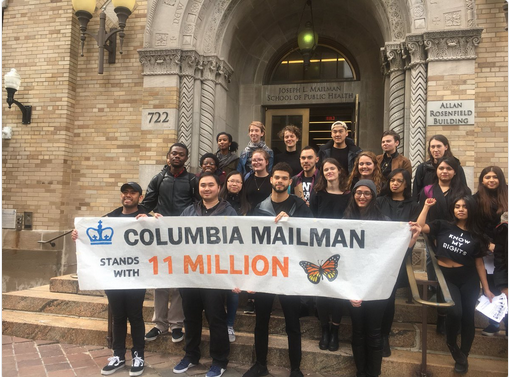 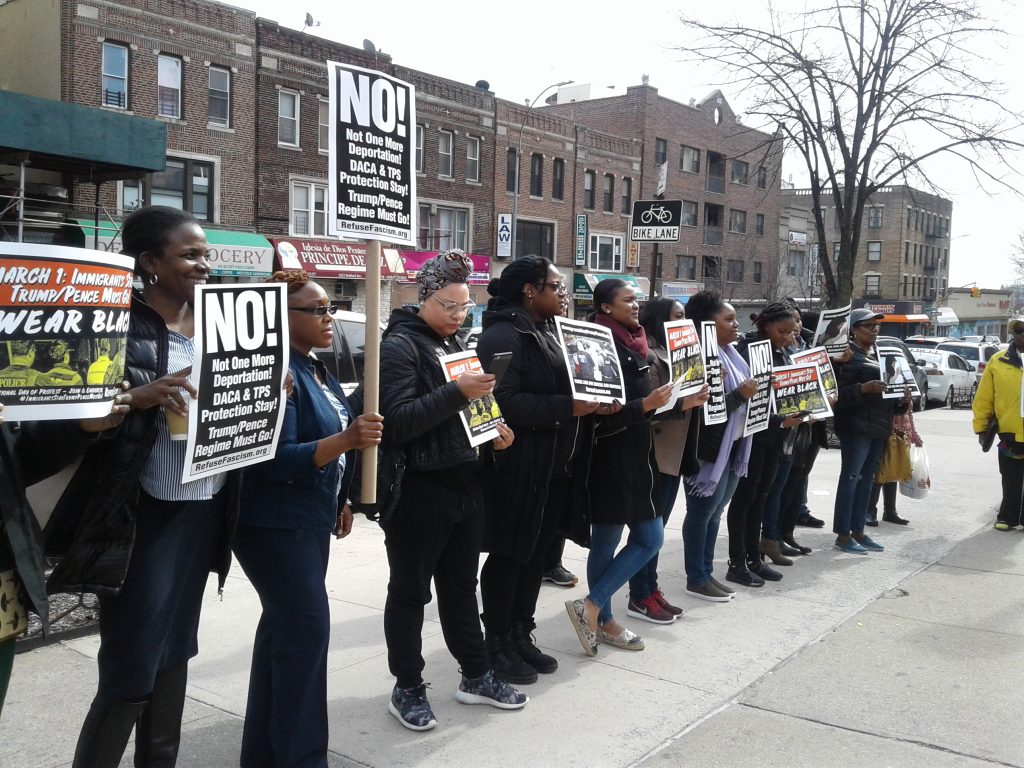 At work, at school, on the street:

Gather and hold 11 minutes of silence for all eleven million undocumented immigrants.
These are our sisters and brothers!

Take pictures and spread them on social media using:

Stand against Trump’s comprehensive and white supremacist attacks on immigrants and immigration. Stand with DACA youth, with TPS recipients, with all those in detention right now. Stand with those whose families have already been torn apart and those who live each day with that fear. Trump’s “Wall” is a potent symbol and instrument of terror that concentrates the shattering of old norms and cementing Trump’s new order of: America First…Make America Great White Again.”

This all-around assault on immigrants is a horror.  It is also the linchpin and battering ram of the whole fascist program being hammered into place by the Trump/Pence Regime. Fascism is a qualitative change in how society is governed.  Fascism foments and relies on xenophobic nationalism, racism, misogyny, and the aggressive re-institution of oppressive “traditional values.”  Once in power, fascism essentially eliminates traditional democratic rights.

Why People are Taking Up the Call for March 1

When Trump called immigrants “snakes” last week, he read the words to a song written by Oscar Brown Jr.  Oscar’s daughters, Maggie and Africa, were on CNN demanding that Trump stop stealing his words and warping them into a racist rant. They announced, “On March 1st people are standing in solidarity with 11 minutes of silence for 11 million undocumented people, as we will be.”

They CONDEMN Trump’s stealing their dad’s song “the snake!’

Some of the heroic protestors who stood up to Mnuchin, yesterday calling 4 March 1st: WEAR BLACK! Gather and hold 11 minutes of silence for 11 million immigrants. These are our brothers + sisters! Stand with them @revclub_la @RevClubUCLA @RefuseFascism @RefuseFascismLA pic.twitter.com/hkgZvgvZDb

Bebe Ackerman·I’m signing because these immigrants are far more American than Donald Trump. Period. But you all know that already.

Andrea Haulcoch·These latest attacks on immigrants are unacceptable. I will be standing in defiance against what the Trump/Pence regime is doing and against their whole fascist program on March 1st because I refuse to be a “good citizen” while an ethnic cleansing happens all around us.

Francine Allen · The majority of these immigrants should have been granted assylum since they are fleeing violence, including gang-murders and genocide with their own governments collaborating or turning a blind eye. Is this something any decent person wants to send another person back to???

Christian Kulfan· I refuse to live in a fascist America.

SUSAN BLACK· No human being is illegal. We must stop the deportations. Politicians will not.

Harriet Harmon·It’s up to us not to let these fascists tear apart families & ruin lives!!

To become an endorser of this nationwide day of protest contact: 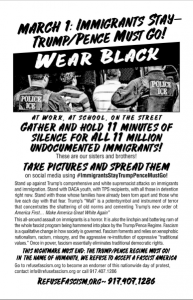 Endorse March 1st … and Get Involved