Over the last few weeks, as Refuse Fascism has been out in the streets, @RefuseFascism social media has been in the tweets (and Facebook and Instagram). We’ve been using social media not only to promote and magnify what’s happening nationwide at these #OutNow protests, but also to do hard hitting agitation and exposure that compels people to confront that this IS fascism, the catastrophe that leads to, and that nothing less than hitting the streets in mass protest can stop this.

We are working to build a much bigger national social media team, involving a lot of new people, actively wrestling with what we should say and how. And we are developing ideas and ways that our web presence, and especially our social media, can involve mass participation, beyond just “liking” and sharing/retweeting. We are calling this working group “Themes, memes, and dreams.” Hit us up if you want to be part of it! And definitely follow and spread @RefuseFascism. We need an army of social media warriors fighting for Trump/Pence #OutNow!

Since we’ve started the #OutNow movement close to 1000 new people have followed us on each of the platforms, including hundreds just in the last week, with a big bump after protesting Trump at Madison Square Garden. Here’s a taste of what we have been up to on social media just in the last week.

This IS fascism and it is a catastrophe for humanity

Yusef Salaam and Carl Dix on the street talking about the experience of the Exonerated 5, the lessons from Nazi Germany, and why people need to take to the streets to get the Trump/Pence regime #OutNow. Originally posted on Instagram @dr.yusefsalaam 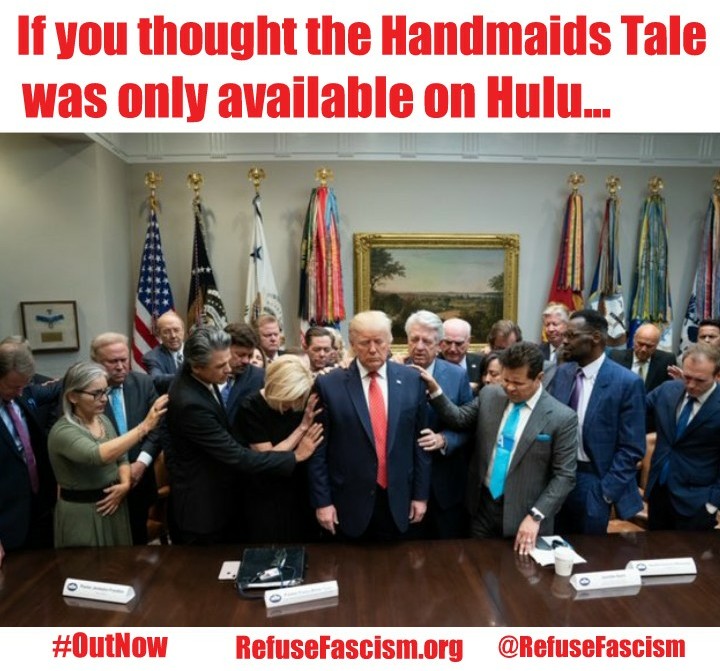 Theocracy is not a joke.

These are some of the cities that will be under water by 2050 cuz of global warming. 150 million people displaced by rising sea levels.

How long will you allow this regime to pour gasoline on a burning planet?

Trump just told a room full of police that the "bad guys" in Chicago could be straightened out in a day. Then announced a "very dramatic" crackdown on crime

Do u know what this means? Look at the Phillipines under Duterte. Kashmir under Indian occupation.#NoPoliceState#OutNow

We can’t rely on the Democrats to stop fascism. Fighting for “humanity first.”

The problem is NOT that Trump is undermining national security. The problem is that he's imposing fascism on the U.S. with grave consequences for humanity & the planet

THIS is why we can't rely on the Democrats to get Trump #OUTNOW!

1) He calls Trump "disturbing" & "unconventional" but won't call him what he is–a FASCIST.

2) He clings to "our institutions" while Trump is busy trampling on them.

Nancy Pelosi—who gave Trump $4.6 billion for border security—is telling u that #impeachment is NOT about Trump's crimes against humanity.

No! The Trump-Pence regime must be driven #OutNow by the people & the whole fascist program repudiated!#HumanityFirst #ImpeachmentIsComing pic.twitter.com/83zc0Mc04F

Beautiful video from our protest against Trump at Madison Square Garden. The fierce joy of standing together with others fighting for what's right. This needs to spread everywhere! Trump/Pence #OutNow pic.twitter.com/KHiYvMHjEH

"Protesters say that Americans need to take a page out of the playbook from other nations that have fought to get unwanted officials out of power."

Tweets by Mein Trumpf and offspring:

Hey @realDonaldTrump & @DonaldJTrumpJr that's us in the photo you tweeted! We are organizing people to fight for something overwhelmingly positive for humanity and the planet: your electrifying EXIT out of the White House! Trump/Pence #OutNow 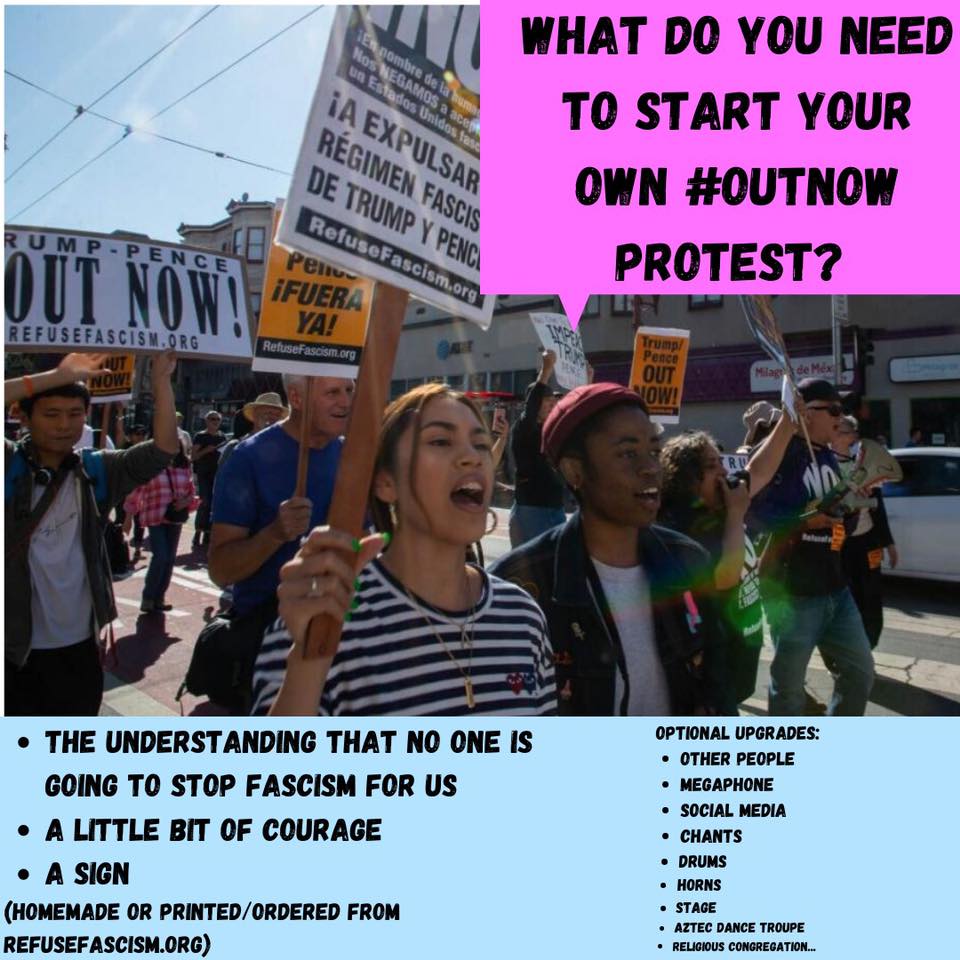