Click here to listen on Youtube Click here to read the Transcript Sam Goldman shares thoughts and commentary on the latest fascist developments domestic and international. Then we share Sunsara Taylor’s remarks from an event Feb. 16 at Revolution Books in Harlem on the abortion rights emergency in the US and a powerful call to… Read More 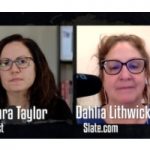 This interview with Dahlia Lithwick, writer for Slate.com, originally appeared December 16 on The RNL—Revolution, Nothing Less!—Show and can be watched here. Sunsara Taylor: In the days since the fascist majority on the Supreme Court showed their fangs on December 1, making clear to the world that they are poised and likely eager to gut… Read More 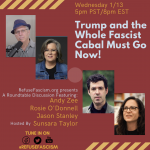 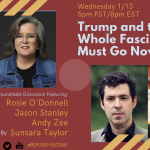