The Trump/Pence Regime Is More Dangerous Than Ever

PDF flyer with space for local info | other materials

in the Wake of Mueller… Trump’s Hitler Rhetoric… Time to get real, get organized and drive the fascists from power!

4/6, Refuse Fascism at the U.S.-Mexico Border at San Ysidro: “No Ban! No Wall! Trump and Pence Must Fall!” – video here 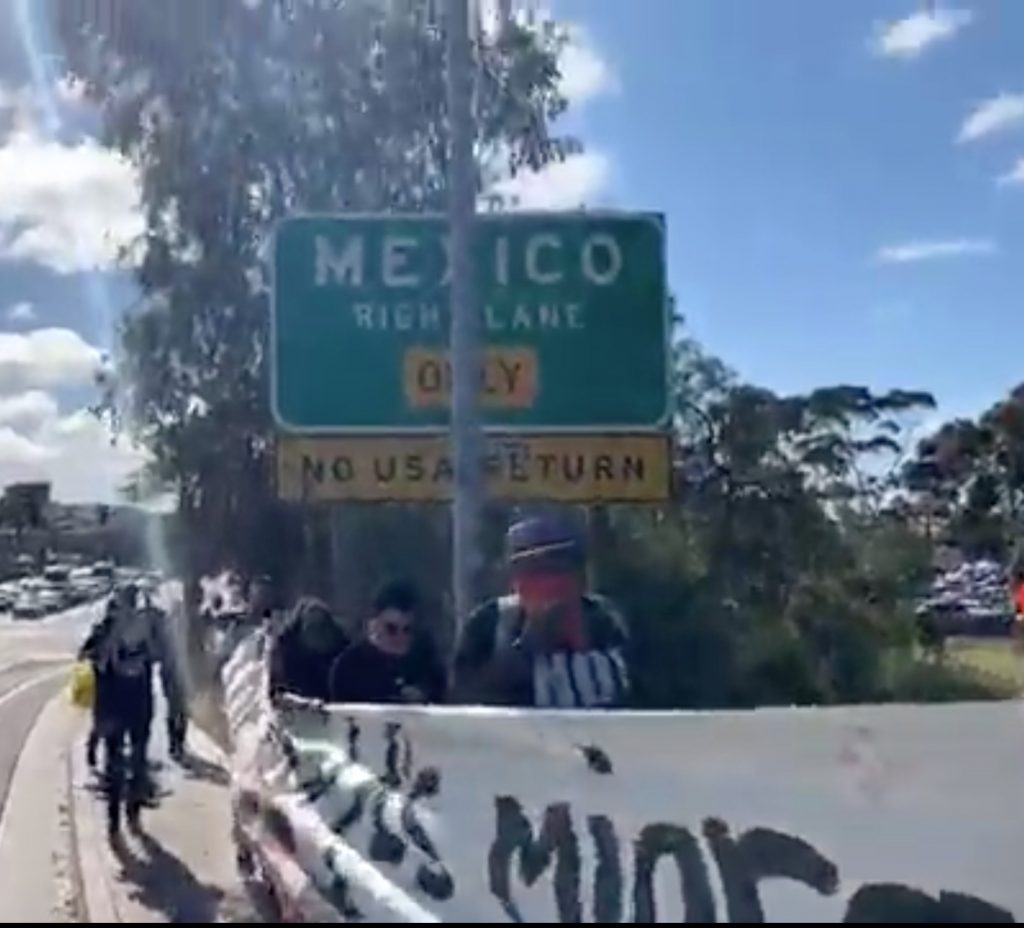 Speaking to the upsurge in white supremacist attacks, burning of Black churches, Nazi symbols defacing public monuments @ThePUFL says we must not be passive at times like this- “No better than the Brownshirts of Nazi Germany…DO NOT SIT BY, DO NOT WAIT” #TrumpPenceMustGo pic.twitter.com/SOQftgfh7x

The Climate Crisis is worsening under the Trump/Pence Fascist Regime.

Federico from @NYCRevClub getting straight with the people about the Democratic Party will not save us or set us free. “Trump and Pence are fascists. That is true…this Fascist Regime is a product of the ugly history of this country…slavery…” #TrumpPenceMustGo pic.twitter.com/ruRAvg6GO8

“Stop being bamboozled…stupefied…diverted….PLAYED…Trump is now on a fascist rampage threatening border closing, war…”

Time to get real, get organized and do what must be done to drive the fascists from power! Join Us! #TrumpPenceMustGo pic.twitter.com/aPPncvMGM7 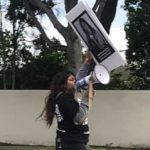 More press coverage of Refuse Fascism’s protest when Trump came to Beverly Hills April 5: “For the past two years, people have been sitting passively and waiting for the Mueller report and for somebody else in power to do something,” [Refuse Fascism’s Michelle] Xai said. “We need to shake them awake and say this is already a very dangerous situation and we can’t just sit back and wait for two more years for something to happen.”

Seattle 4/4: Refuse Fascism-Seattle spoke at the #NoOneIsAboveTheLaw rally to say: the Trump/Pence regime is more dangerous than ever. It must be driven from power by sustained mass protest.

On March 29 and 30, Refuse Fascism held demonstrations of dozens of people calling for the regime to be driven out.

Thousands of flyers went out from both Refuse Fascism and the Revolution Club. People were challenged and struggled with, and some new people came out and joined; but as yet, most were not prepared to act.

Chapters in several cities have called or are calling follow-up or new protests and other events to respond to this juncture, and challenge people to confront and act commensurately with what has been revealed in the post-Mueller situation.

However challenging, the need for thousands and then millions acting against the regime in massive, nonviolent and sustained protest until the Trump/Pence regime is GONE remains an urgent challenge in the interests of humanity and one we, and YOU, need to continue to work at including your financial support.

The long awaited Mueller Investigation resulted in no indictments of the highest level officials of the Trump/ Pence regime and a summary of the report stated that there was no collusion with Russia. This has unleashed the Trump/Pence Regime to go on a full throttle fascist offensive demanding investigations of their opponents, calling for resignations and blacklisting by the media. They are escalating their full program against the people on every front. And, Trump held a full out fascist rally in Michigan on Thursday.

The stark reality is that in the wake of the no indictment Mueller report, The Trump/Pence Regime is More Dangerous Than Ever.

And, what of the opposition? Demobilized. Disoriented. Or, worse, told by the Democratic Party leadership to move on to bread and butter issues. And, yes, they are saying the full report should be released, which it should be. But absent serious protest from below – from the people – this will not happen, and even more important the whole fascist juggernaut will barrel ahead. That is why everyone who sees the need to stop this regime and what it is doing to the people and planet needs to come into the streets.

For two years, people have been diverted, bamboozled, and stupefied by the Democratic Party leadership, Rachel Maddow and MSNBC, CNN, the NY Times, LA Times, and others into passively waiting for the Mueller investigation to stop the Trump/Pence Regime. The anger of millions has been corralled, domesticated, and diverted away from massively resisting the totality of the danger posed by the Trump/Pence Regime.

The time of waiting for a savior, of relying on the regular workings of the system – voting in Democrats who will not mobilize the people to act in our own interests, must be over. Waiting for 2020 is frankly absurd given the danger posed. Trump’s ‘Make America Great Again’ is a 21st century fascist program of Manifest Destiny – ‘America First’ – wrapped in the flag and Mike Pence’s Bible taken literally, with a program of white supremacy, misogyny, and xenophobia. And they are unleashed. Steve Bannon, Trump’s former chief strategist is urging Trump to go “full animal” and “bludgeon” his opponents. And Trump recently raised the specter of extralegal violence by the military, the police, and others fascists against any serious opposition to his regime.

The time is now to take to the streets, to sound the alarm and get organized.

In the Name of Humanity, We REFUSE to Accept A Fascist America!
This Nightmare Must End: The Trump/Pence Regime Must Go!

RefuseFascism.org is a movement of people coming from diverse perspectives, united in our recognition that the Trump/Pence Regime poses a catastrophic danger to humanity and the planet, and that it is our responsibility to drive them from power through non-violent protests that grow every day until our demand is met.

Join Refuse Fascism this Friday March 29 at 5PM at the Hollywood/Highland Trump Star.
The Muller Investigation Bamboozled You!
The Trump/Pence Regime is more dangerous than ever.
It must be driven from power by sustained mass protest by the people! @RefuseFascism pic.twitter.com/aZkQZM87pt