Sights and Sounds from 3 Days

Over three days, Friday August 9, Saturday August 10 and Sunday August 11, protest and outrage continued to break out over the massacre of immigrants in El Paso, the ICE raids that seized hundreds and terrorized millions. During those three days Refuse Fascism activists continued to call protests (see: The Blood of El Paso Is on the Hands of the Trump/Pence Regime! This Nightmare Must End: The Trump/Pence Regime Must Go!); join with others in expressions of outrage; and get out in communities, at festivals, in shopping districts and with banners at freeway overpasses. Wherever they went, they challenged people to become part of a movement to drive out the fascist regime through nonviolent sustained struggle.

August 9, LA, La Opinion, the main Spanish language newspaper in LA reported that in the wake of the Missisippi raids, Refuse Fascism the Los Angeles Revolution Club were greeted by diners at the Grand Central Market who applauded and raised their fists in support. “I like that they interrupted my lunch, and if they do it at breakfast or dinner, I would also applaud them,” said Professor Christian Bracho, who ate with his friend Kimberly White. “People have to lose their fear and take to the streets as they are doing for a need to protest.”

August 10, NYC, hundreds of people marched through Manhattan and blocked traffic on the West Side Highway for a half hour in a protest against ICE. News reports say 100 people were arrested in the action, which involved a wide range of groups including immigrants rights and progressive Jewish organizations. The dramatic and courageous action broke into local live news in NYC.

8/10, NYC: Protesters shut down the West Side Hwy in NYC for a half hour: No ICE, no KKK, no fascist USA. pic.twitter.com/MKNw3T7r4r 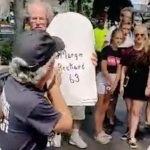 August 10, NYC, Refuse Fascism read the names of children killed in the concentration camps outside Trump Tower, standing their ground in the face of violent thugs who came out of the building to attack them and police who tried to claim protesting in front of Trump Tower is illegal. 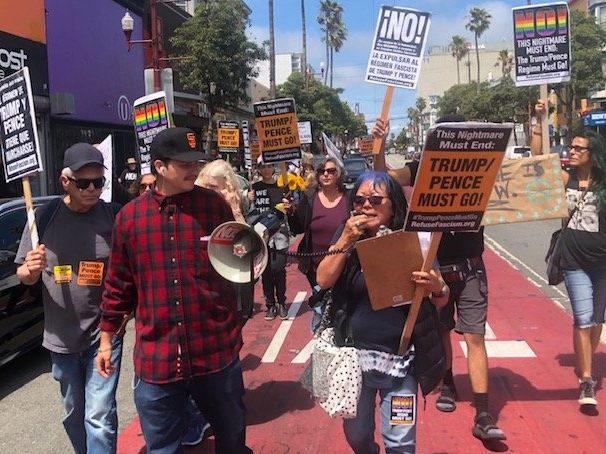 August 11, San Franciso: Refuse Fascism Stands with Make Racism Wrong Again rally in the Castro district and challenges people to help find the ways to launch sustained protest to drive out the regime.

In Hawai’i at the Korea Festival 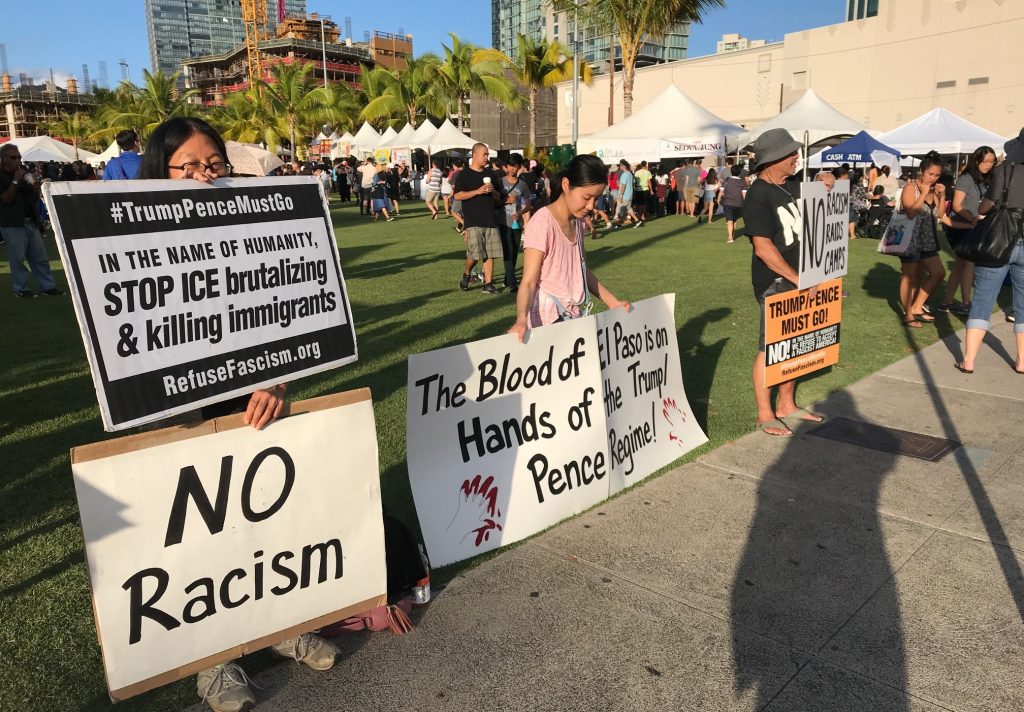 In Atlanta at the BeREGGAE Festival 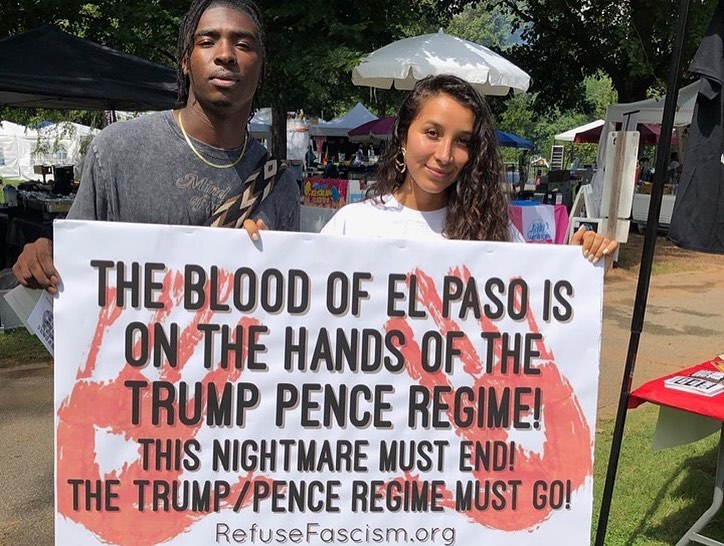