Yesterday in Tulsa was a beautiful day! People from all walks of life and different backgrounds, came into the streets to repudiate Trump’s white supremacist fascist America and his attempts to threaten protests & Black people.  Hope and an atmosphere of liberation filled the air, in stark contrast to the hundreds of racists camping out in Tulsa the night before.

Throughout the day, people were being told to not go down to oppose this rally, that a “race riot” would ensue – but people, especially young people did not let themselves be cowed by Trump’s repressive threats earlier that day and found their courage and conviction. This is exactly the type of courage and conviction we need to drive out the fascist Trump/Pence regime. People turned dread for the future into a force for hope. And I can’t explain to you how amazing that felt. And it is a harbinger of what it could feel like mean if we drove this fascist regime out of the White House. 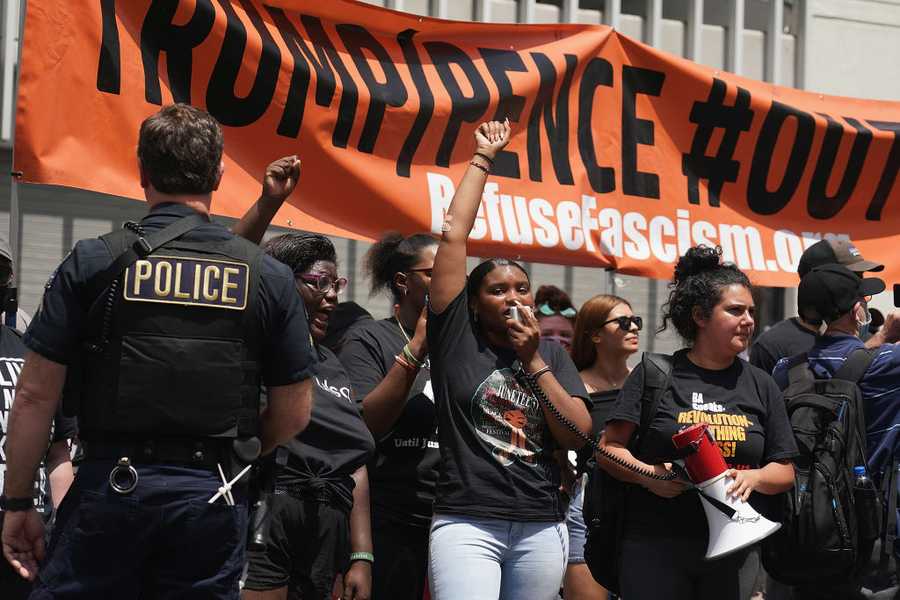 People faced off with the National Guard and police, Black people saying – “Stop brutalizing our people” and masses of people chanting “No Trump, No KKK, No Fascist USA!” and “Black Lives Matter” and “No Trump, No Pence” and “Trump/Pence OUT NOW!”

At the beginning of the day – there was a small group of people out there, along with some Black Lives Matter and other people of good conscience, religious clergy & others; Trump supporters got in our faces, but we all stayed on message and continued to rally people to join us, on the media and on social media. We refused to be provoked, even when a racist Trump supporter attempted to physically assault a young Black woman, even when they insulted people including calling Black people “uneducated” we stood up and protected each other  and were non-violent. And other people started coming down who were watching some of this live because they felt they couldn’t sit at home while this hatred went on that it went against everything they believed in. People brought their own signs, things like “You can’t spell hatred without red hat” and big puppets of Trump, the Klan and the police which had a quote from a Tulsa police major that said African Americans “ought to be” shot more and people felt and expressed their deeply felt desire for this white supremacist fascist regime to be out.” 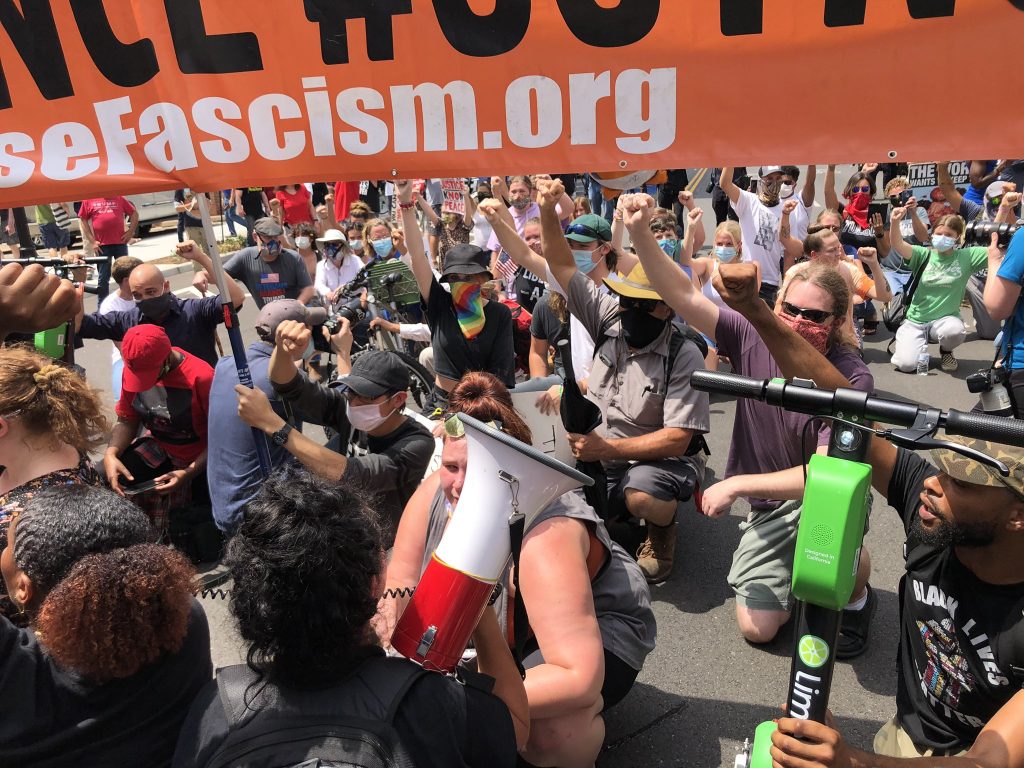 People in America face a crossroads – will you accept a fascist America? Will you stand aside hoping that politics as usual will remove a regime that is subverting elections and using the military to crush dissent? Or will we marshall the strength of being together in huge numbers and staying in the streets until our demand is met. This is the challenge every organization and  congregation and every single person with a conscience must confront: we can not wait for November to remove this regime.  This regime is tearing up the rule of law and has organized a fascist base. They are not backing down and they won’t stop until they prevail. All struggle for justice must bring this demand – The Trump/Pence regime must go now!